Elizabeth Cady Stanton on the $20
W20
By Charlotte Alter

Andrew Jackson has been sitting pretty on the $20 bill for 87 years—and one group thinks it’s time he gave his spot to a woman.

W20’s campaign to get a woman on the $20 is picking up some serious internet traction.”I knew this would take off, but I didn’t know it would take off this fast,” says Susan Ades Stone, a journalist and editor who helped organize the campaign. “The response has been overwhelmingly enthusiastic.”

More than 72,000 people have voted in the online poll of 15 potential replacements for Jackson, including Susan B. Anthony, Betty Friedan, Shirley Chisholm, and Sojourner Truth (the full list is available here.) Ades says the competition has narrowed to a “very close race” but won’t say who’s in the lead.

On Wednesday, the New York Times published multiple pieces from different prominent women about who they’d like to see on the $20 bill. Gloria Steinem argued for Sojourner Truth, while Roxane Gay argued for Margaret Sanger.

“We stuck very closely to this rubric of evaluating every candidate by the breadth of their impact: how transformational was their contribution?” Ades explained. “And the other factor we asked people to consider were ‘what were the challenges these people faced?’”

The idea of getting a woman on the $20 started when Ades’ fellow organizer Barbara Ortiz Howard realized one day that her daughter had no everyday reminders of famous women in history. “Part of the mission, besides getting a woman on the $20 bill, is to educate as many people as possible about as many women as possible,” Ades says. “We want to see how many people we can reach.”

More: If Women Had Their Own Currency, Here’s What It Would Be Worth

While most people love the idea, the reaction hasn’t been universally positive. Some internet commenters argue that, because of Jackson’s abysmal treatment of Native Americans during his presidency, a Native American should replace him on the $20 bill. Ades said that female Cherokee chief Wilma Mankiller was in the original pool of 30 candidates, but when the ballot was narrowed to 15 candidates, she did not make the cut. Still, Ades says, “we’re listening,” and on Wednesday morning the group announced that Mankiller would be on the final ballot of four candidates.

Ultimately, the decision about whether to replace Andrew Jackson on the $20 bill is up to the Treasury Secretary, but Secretary Lew is unlikely to make a change without the President’s approval. But there’s hope: last year, when a little girl asked Obama why there weren’t any women on U.S. currency and provided a list of good candidates, he said adding a woman was a “pretty good idea.” 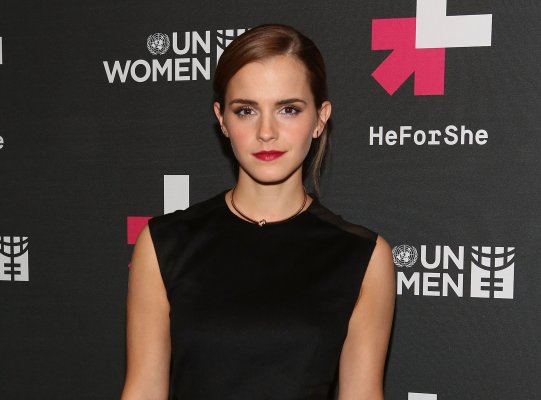