Shigeru Miyamoto, the genius behind such franchises as Mario and Donkey Kong, recently spoke to TIME exclusively about the game maker’s innovation process. Here’s some of the most interesting things he had to say.

“At one point during development, we held a small internal review of the game,” explains Miyamoto. “We had found that the ink-battle play mechanic was fun, and the team was working very hard to brush up on that aspect at that time, but we were losing the freshness of the game the more the team worked on it. The thing which concerned us most was the main character. It looked as if it could be found in any game and lacked uniqueness. So, I told the game’s producer and the director to even consider using Mario if we could not find the right character. I also explained to them why I was providing such a suggestion.”

Read more: Exclusive: Inside Nintendo’s Bold Plan to Stay Alive for the Next 125 Years

“A few weeks later, they gingerly approached me with the squid-like character, and we decided on that direction right on the spot. The director and others who nervously brought the squid character to me must have been surprised with my positive reaction, but at the time, I didn’t accept it for lack of better options. I actually thought, ‘This must be it!’ It’s fun to nurture something so unique, and I’m glad that they were able to experience bringing it to fruition.”

“Ideally we should be making things that can be enjoyed by the widest possible range of people,” he says. “I like to watch theatrical performances and go to theme parks—things which are appealing to a wide range of people—and observe as a game creator. Of course, there are the dramas and movies that I am personally fond of, and I always appreciate the way these creators make their works by focusing on specific tastes. When they try to appeal to a specific group of people with their creations, however, I think they first discover an interesting theme to work on and, only afterward, determine that they should focus upon the specific audience in order to work on the theme, not vice versa.”

“Even when we make something that we want children to enjoy, we always aim to achieve a level of quality and content that even adults can appreciate, so in other words, making something for children might even be more difficult than making something specifically for an adult audience.”

He tries not to let his reputation intimidate his design teams

“What I am trying to do is not to create an atmosphere where they feel like, ‘I will do better than Miyamoto does’ or ‘I will make a game just to please Miyamoto,'” he says. “Based on my own experiences, I try to encourage directors to have courage and work toward the goal they set, and pose questions to them about whether the game is actually delivering the experience to the player as envisioned. I try not to get too deeply involved in the content of the games they’re developing.”

He thinks novels may be more creatively powerful than video games

“I have said in the past that because movies and novels are passive mediums, creators in these mediums can control how their stories are unveiled to their audiences, even irrespective of the audience’s expectation of what should happen next,” he explains. “All I intended to say was that in comparison it is more difficult for us to create entertainment by forcing players to embrace our own expectations regarding how they should experience game stories because video games are an active medium where players themselves think independently about which action to take next.”

“Whichever media we are talking about, inspiring the audience’s imagination beyond what they have actually read or seen, and having them embrace that, is a fundamental essence of entertainment. I recognize that because novels are expressed solely by words on a page, they actually have the power to unlock the readers’ limitless imaginations more so than movies and video games, which present the audience with actual images, while visual images have the distinct ability to deliver messages to a broader audience more easily.”

“Video games, on the other hand, have the unique ability to etch those images into the player’s memory because of their active role in choosing the path that led them to those images. It is this area that I think I am good at, so I am not under the illusion that I could ever become a novelist or film director myself [laughs].”

He views profit-obsession as a creative roadblock

“I have explained—in regard to entertainment in general—that if development of products that thrive on creative uniqueness is dictated by those who prioritize sales and profits, the possibilities for the future of entertainment will be limited,” says Miyamoto.

“So, what should we do in order to avoid it? I agree that as your question implies, the answer might be at odds with the nature of large business organizations. But at Nintendo we continue to endeavor to make such innovation possible, and we are constantly working on new ideas. If we manage to deliver them, I hope everyone will compliment our efforts.”

And his favorite Nintendo platform to date is…

“I’ve always designed games with the perspective that it’s the designer’s job to leverage the unique characteristics of the hardware while simultaneously compensating for its weaknesses,” says Miyamoto. “Working on Nintendo DS and Wii was particularly fun, because of how they presented us with a challenge of inventing new styles of play.”

Read next: Exclusive: Inside Nintendo’s Bold Plan to Stay Alive for the Next 125 Years 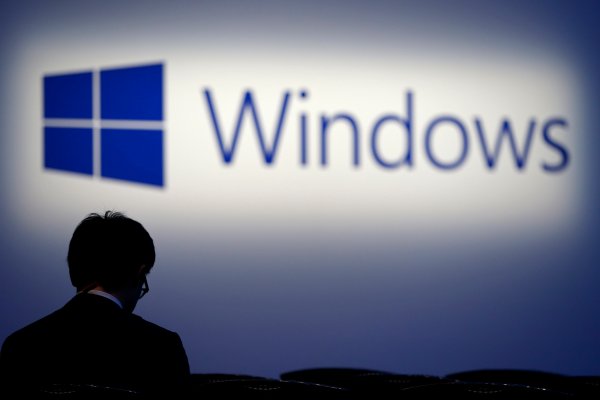 The Next Windows Is Coming Way Sooner Than We Thought
Next Up: Editor's Pick