The biopic tells the story of Chris Kyle, the sniper with the most kills in American military history. Some criticized the film for highlighting a soldier who has killed thousands, while others embraced it as a heroic portrayal of military service.

But Eastwood says the film is definitively anti-war.

“I think it’s nice for veterans, because it shows what they go through, and that life—and the wives and families of veterans. It has a great indication of the stresses they are under,” Eastwood told The Hollywood Reporter. “And I think that all adds up to kind of an anti-war [message].”

He added that he himself is anti-war, despite his long resume of war films.

More: Why American Sniper Was the Only Oscar Movie That Made Big Money

American Sniper screenwriter Jason Hall gave a similar assessment of the film to TIME back in January. He said the film was meant to show the physical and emotional toll war takes on a soldier. If it had any political agenda, it was that the American government needs to take better care of veterans.

“People see the movie poster, and it’s got a guy and the American flag, and they know Clint Eastwood—the Dirty Harry guy and the Republican convention guy—directed it. So they think it’s some jingoistic thing. I would challenge that in a big way,” Hall said. “The movie isn’t about whether we should have been in Iraq or not. It’s about how war is human. I hope every time a politician decides to send us to war, maybe they saw this movie and know the cost of it.”

Read Next: American Sniper Screenwriter Jason Hall: ‘I Bled for This Thing’ 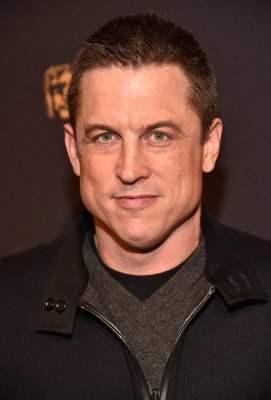