Republicans to Renew Call for Obamacare Repeal in 2016 Budget

Republicans will again call for a full repeal of President Obama’s signature health law in the House’s 2016 budget proposal to be released on Tuesday.

“Our proposal repeals all of Obamacare so we can start over with health care reforms that protect the doctor-patient relationship and expand access to quality affordable health care,” said Rep. Dian Black of Tennessee in a two-minute video previewing the budget. Previous budgets authored by the House’s former Budget Committee Chairman Paul Ryan also called for repeal of the healthcare act.

Members of the House Budget Committee previewed the broad strokes of their budget plan, which they say “balances the budget” and “lays the foundation for new jobs,” in a video released on the YouTube channel of Budget Committee Chairman Rep. Tom Price. The budget would also simplify the tax code and expand energy production under its plan for creating new jobs. It would also increase defense spending, Fox News reports.

“Our country faces massive challenges, but with positive solutions like these we will overcome them and create an America that is more secure, stronger, and full of opportunities,” said Price.

Full details of the budget will be released Tuesday morning. 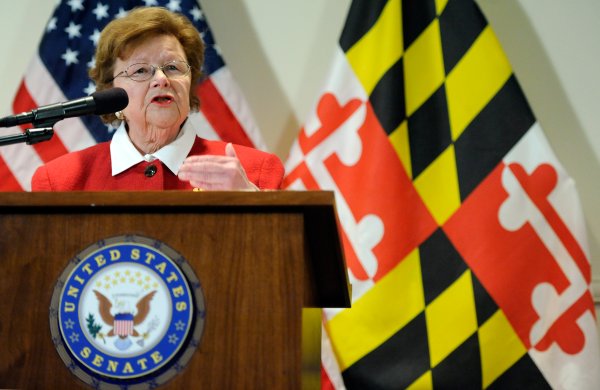 Mikulski 'No Passing Fad' After Three Decades in Senate
Next Up: Editor's Pick