How Republicans Learned to Like One Part of Obamacare

Jeb Bush called the Affordable Care Act “flawed to the core” during a visit to New Hampshire this weekend, but there was one part of the law he said he might keep.

During a house party in Dover, the former Florida governor said that while he’d like to repeal the entire law, he could support keeping a provision that allows parents to keep their children on their health insurance policies until age 26.

“I don’t have an argument against that,” he said, adding that Republicans “could repeal Obamacare and take elements of it that are appropriate that have broad bipartisan support as part of a new plan.”

If they do, the under-26 provision would be likely to be near the top of the list. Republican alternatives to Obamacare drawn up by Sens. Orrin Hatch and Richard Burr and Reps. Fred Upton, John Kline and Paul Ryan include the provision. Republican National Committee chairman Reince Priebus has endorsed it. Sen. Marco Rubio, another 2016 hopeful, has said nice things about it in the past, as have Sens. Shelley Moore Capito and Roy Blunt.

How did this provision become so popular among Republicans? One reason may be that it’s one of the few parts of the law that can stand on its own. Unlike the ban on pre-existing conditions, the federal subsidies for health insurance or the online marketplaces, the under-26 provision can function with or without other parts of the Affordable Care Act, so Republicans who want to dismantle the law root-and-branch can still support it.

It’s also effective. According to the Department of Health and Human Services, more than 2 million Americans aged 19-25 gained new coverage because of the under-26 provision.

And it’s popular. A 2013 report by the nonpartisan Commonwealth Fund found, among other things, that the under-26 provision is more popular among Republicans in the 19-to-25 age group than Democrats. The provision tends to benefits the adult children of Americans with employer-based group health care, a group that tends to be middle and high-income as well.

Plus, there appears to be little downside. Sara Collins, a co-author of the Commonwealth report who has studied the effects of the under-26 provision, says the rule had little effect on overall premiums. “Young adults are very inexpensive to insure,” says Collins.

Still, the provision has its share of conservative critics. Republican presidential nominee Mitt Romney argued it was unnecessary in his 2012 run, saying insurers already offered plans that allow it. Former Sen. Jim DeMint, now president of the Heritage Foundation, argued that it discourages work, while the conservative group FreedomWorks once termed it “the slacker mandate.”

With reporting from Zeke Miller/New Hampshire 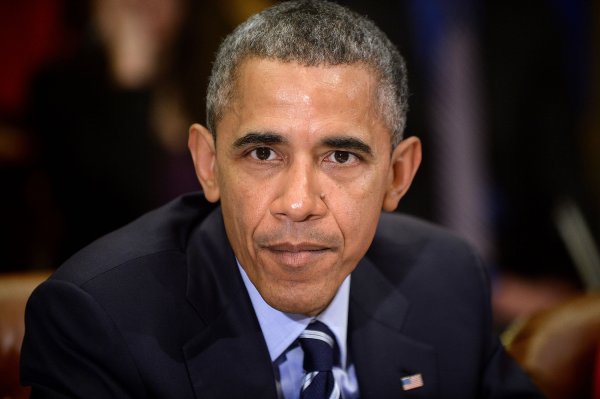 Obama Says Youth Have Bigger Worries Than Legal Pot
Next Up: Editor's Pick