'There It Is. You're Caught.' The Jinx Gets Its Man

Spoilers for the finale of HBO’s The Jinx follow:

“There it is. You’re caught. You’re right, of course. But you can’t imagine. Arrest him. I don’t know what’s in the house. Oh, I want this. What a disaster. He was right. I was wrong. And the burping. I’m having difficulty with the question. What the hell did I do? Killed them all, of course.”

Folks, I ain’t no fancy city lawyer. I can’t tell you what Robert Durst did or did not mean by every line of the hot-mike men’s room aria that closed The Jinx. I don’t know how a team of well-paid lawyers could spin it in court. (This is, as we’ve learned, a man who hacked his neighbor in Texas to pieces and got off on self-defense.) I cannot prognosticate what will happen with the murder charge on which, with synergistic timing, Durst was arrested the day the finale aired.

But I can, beyond reasonable doubt, pronounce The Jinx‘s finale guilty of killing me with tension and of aggravated sticking of the landing.

I would not have thought that HBO could deliver another cut-to-black to compete with the one Tony Soprano went out on. But holy hell, I have never seen anything like this on television, and I could say that for each of The Jinx‘s final three episodes. At this point, my gob is numb from being repeatedly smacked.

The final episode, though slotted for an hour, was a brief 40 minutes, an efficient drill targeted at one end, the final interview. Having discovered, in the previous episode, an envelope from Durst matching the handwriting and misspelling (“BEVERLEY”) of a note sent to police after the murder of his friend Susan Berman, Andrew Jarecki tries to cajole Durst into one more talk to spring the discovery on him. (Their banter is dissonantly friendly–“Bob” chatting with “Jarecki,” who learns Durst has lied to him about a vacation to Spain and seems to be putting off an interview.) Then–the percussive soundtrack steadily pumping up our collective blood pressure–he and producers huddle about how to structure the interview.

But as simple as it was, there was a lot going on here. We saw how the making of the documentary became a factor in the documentary itself. When Durst was arrested for trespassing in 2013–for violating an order to stay away from his brother Douglas’ home–his attorneys needed access to footage of him, which, Jarecki said, gave them “a lot of leverage.” We saw Jarecki’s admission that, after all he’d seen, he wondered if he should be afraid to confront Durst.

And then there was that bathroom soliloquy itself. Forget the legal implications, how it might play in court. It was just a stunning glimpse inside Durst’s head. The wheels turning, the recrimination, the playing back the tape and analyzing his fumbles. (“And the burping.”) The apparent attempts to game out more answers (“I’m having difficulty with the question.”) It was, structurally, a perfect, diamond-honed internal monologue. It was James Joyce, it was Pinter, it was Mamet. But it was real.

And in the court of TV at least, it was roll credits, game over. What The Jinx couldn’t answer, what may be beyond human ken, is: why? Why the hell did Robert Durst talk? Here’s a remote, cold man who does not seem to give much of a damn what people think of him. Why try to give his side at all? Hubris? Anger? Ego? His own lawyer, he noted, had warned him: “You can’t help yourself.” Maybe that’s what he meant by “He was right. I was wrong.”

It was an amazing ending, made more so by the meta-assist of Durst’s real-life arrest. HBO and Jarecki busted open a cold case that several jurisdictions had been unable to make. But there will be plenty of questions to come about how they did it, what they shared with police and what they withheld, and how that will affect the investigation.

A long New York Times story gets at some of this. The producers’ lawyers feared that bringing the letter to police too soon would damage its admissibility, but they got in contact with authorities in 2013. Had they co-operated beyond a point, they might be treated as law-enforcement agents in court. And–and I’m not quite sure how this could happen–it was ages before producers even found the bathroom audio. (The current version of the Times story says “more than two years,” but Durst’s trespassing arrest was in August 2013. In general, The Jinx could have made its own timeline clearer.)

The events all raise more questions than I claim the legal background to unravel: At what point should Jarecki and company gone to the cops? Would it have compromised the police investigation? The documentary? What exactly was the timeline here? Were the producers motivated not to blow what was looking (correctly) like a documentary gift from God? Was this a kind of documentary citizen’s arrest, or vigilante action? Would that be a bad thing, given that proper legal authorities failed to make a case against Durst repeatedly?

(Oh, and when did Durst or the producers discover he was still wearing his mike? That’s the kind of thing you notice eventually, right?)

Much of The Jinx‘s unfinished business will have to be hashed out in a court of law. But judged as riveting crime TV, The Jinx is a slam-dunk. Jarecki and company took a cold case, already investigated with great publicity, and seemingly impossibly, found explosive evidence and built a compelling theory.

That itself would have been a hell of a show. But as Jarecki’s fictional forebear Colombo used to say, there was just one more thing. Their confident, hubristic quarry (who after all, came to them) turned out to be their best partner. He got himself to wear a wire, slipped off to the men’s room and–just possibly–as we listened flabbergasted, flushed his defense straight down the toilet.

Read next: How Robert Durst Was Acquitted of Murder Years Before The Jinx 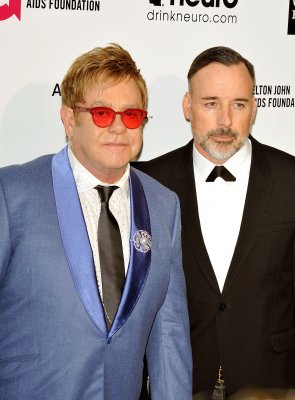