Robert Durst, the Millionaire Drifter Who Can't Run From His Past

The arrest of millionaire developer Robert Durst on murder charges in the 2000 execution-style slaying of a mobster’s daughter-turned-journalist in Los Angeles isn’t the most bizarre twist in Durst’s life. Not by a long shot.

Durst, 71, was arrested Saturday in New Orleans at a hotel where he’d registered under a false name with a fake ID, having paid for the room in cash. He was charged with murder in the death of Susan Berman, a friend who was found in her bedroom with a single gunshot wound to the back of her head on Christmas Eve 2000 … 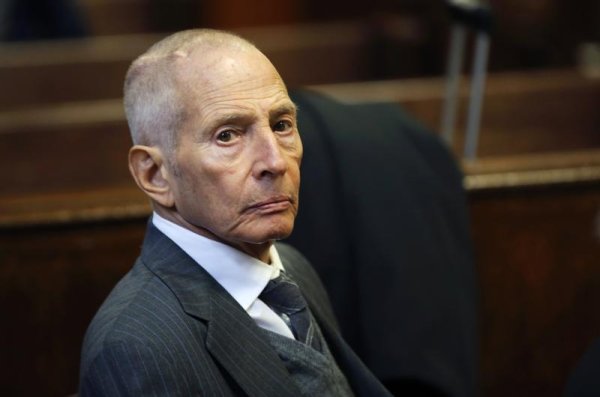 Robert Durst: 'Killed Them All, Of Course'
Next Up: Editor's Pick