Everything You Need to Know About Smart Home Networking

In this photo illustration, a Nest thermostat is being adjusted in a home on January 16, 2014 in Provo, Utah.
George Frey—Getty Images
By John Patrick Pullen

Right now, as you kick back on your couch and daydream about your next smart home upgrade, you may not realize it, but you’re awash in data. From Wi-Fi-enabled thermostats to Bluetooth-accessible door locks to Z-Wave-connected alarm sensors to Zigbee-networked lightbulbs, there could be an array or wireless signals criss-crossing your house.

Why do we need so many different technologies that essentially do the same thing?

On the face of it, that’s a reasonable question, but it’s also analogous to asking the difference between a ball-peen and a sledge hammer — both are used to bang on things, but you wouldn’t drive a fencepost with a mallet. Likewise, the various wireless networks that make up a smart home each have their own use.

And just as those networks are invisible in the real world, solutions like Logitech’s Harmony Home Hub, which can talk to a database of more than 270,000 connected devices, are trying to make them invisible to smart home owners by controlling all these separately-networked smart home products — everything from connected coffee makers to smart window shades — through one interface. But until you get a home hub solution like the Harmony, it’s worth knowing why smart home product designers choose the networks that they do:

Many smart home products eschew Wi-Fi-connectivity because it would require their devices to have a dedicated power source or a long-lasting battery. This is why most Wi-Fi webcams aren’t actually wireless — they need to be plugged in to an electrical outlet. It’s also a reason why the Nest Learning Thermostat is such an ingenious device: its developers created a method of power-sipping from the low-voltage electrical cable that has historically powered home temperature controllers.

Until recently, says Coley, Wi-Fi chips have also been relatively expensive, another reason why tech companies seeking cheaper alternatives have turned to other wireless technologies for their products.

Bluetooth: In linking the smartphone in your pocket with the computer on your desktop and the headphones on your ears, Bluetooth makes secure connections between nearby devices. “It was originally developed to be what people call a personal area network,” says Coley.

But in the smart home, Bluetooth appears on products that require a person to have a close physical proximity to the device, like the Kwikset Kevo smart door lock. And because Bluetooth uses frequency hopping and government-grade encryption to help ensure no one can intercept or unscramble your interaction with your smart home gear, Bluetooth is also very secure. It also has higher data bandwidth than Zigbee and Z-Wave (though lower than Wi-Fi), allowing Bluetooth-enabled products to do more than simply flip a switch or report movement.

The newest version of the protocol, Bluetooth LE, which stands for “low energy,” uses very little power in comparison to Wi-Fi. The developers behind it also recently announced it will be able to form “mesh networks,” a capability that puts it in further competition with Zigbee and Z-Wave. Mesh networking is where a device has the ability to receive a networked signal and also send out the same signal, extending the range of that network. For these reasons, Bluetooth is not only increasingly popular in smart homes, but many smart phone accessory makers are tapping it for their products.

Zigbee and Z-Wave: “A lot of home control devices that are primarily Zigbee/Z-Wave are primarily driven from a range and power consumption perspective by using a mesh network,” says Coley. Both very low-powered wireless networks (their devices can run for years on a little watch battery), Zigbee’s and Z-Wave’s ability to mesh network have made them great for reaching far-flung sensors in the smart home — and they’ve been doing it for years already, making them the incumbent technology against Bluetooth’s inroads.

But before you ask “Can’t Wi-Fi be extended?” consider the difference in how that’s done with mesh versus extending devices. Wi-Fi extenders pull in a signal but end up kicking only about half the data rate back out, meaning netowrks stretch farther but at the cost of performance. Mesh networks like Zigbee and Z-Wave don’t experience this kind of signal loss — partly because they are very low-bandwidth to begin with. And that low-bandwidth makes these two standards great for simple devices like window and door motion sensors, or smart lightbulbs that only need data connections to turn on or off.

One problem with Zigbee and Z-Wave, however, is that their signals aren’t directly compatible with any mainstream computing device, like a smartphone, tablet, or laptop. So, the bulbs and motion sensors need to communicate with a hub that is either connected to your home network via Wi-Fi or through an ethernet cable plugged into to your Internet router. This is precisely how Philips Hue smart lighting products work — the all the various bulbs and lights use Zigbee talk to the hub, which connects to an Internet router. Then, when you use the app to turn on the light or change its colors, the command runs from your phone through your router, to the hub, and ultimately to the bulb.

For purposes of this explainer, Zigbee and Z-Wave have been lumped together, but they are not the same thing. While they’re generally similar in power, range, and low price (making them attractive for product manufacturers), they’re incompatible with each other, and there are some technical differences that attract product developers to one over the other.

In the long run, which of these four wireless network standards will emerge as the clear victor? The answer to that is unclear, and it’s quite possible that none ever will. As their technologies continue to evolve, the variety of variables — from price drops to improved power usage to faster data rates — make product developers continually re-evaluate which wireless chip is the best for their needs. “It’s a horse race that’s changing all the time,” says Coley.

Read next: Everything We Know About Apple’s Smart Home 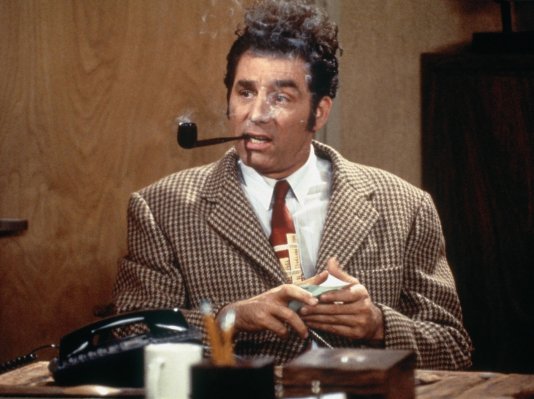 Seinfeld Is Coming to an Internet Streaming Venue Near You
Next Up: Editor's Pick