Mikulski 'No Passing Fad' After Three Decades in Senate

Sen. Barbara Mikulski, D-Md., the longest-serving woman in the history of Congress, speaks during a news conference announcing her retirement after her current term, in the Fells Point section of Baltimore on March 2, 2015.
Steve Ruark—AP
By Alex Rogers

Long-serving Sen. Barbara Mikulski has not yet taken a side in the race to replace her among Maryland Democrats. But she made clear this week that the key to her heart will be pay equality.

That doesn’t necessarily mean a female Senator, either. Asked if she would like to see a woman take her seat, Mikulski was noncommittal.

“I would hope that Marylanders would pick someone who is a very strong advocate for them and their day-to-day needs, knows how to listen to them and convert [those needs] into national policy,” she told TIME. “And of course to be a big supporter of making sure that the rights guaranteed in the Constitution are lived out in the workplace.”

Whoever wins will have big shoes to fill. Mikulski, 78, is considered the “dean” of the 20 female senators. She holds “power workshops” for freshmen — Maine GOP Sen. Susan Collins still remembers her invitation and cram course in the appropriations process in 1997 — and organizes dinners every month or so.

“We have relationships now today because she and [former North Carolina Sen.] Kay Hagan were so adamant about keeping that up,” says Washington Democratic Sen. Maria Cantwell.

During Mikulski’s 1986 bid for Senate, President Reagan said the “wily liberal” would meet a similar fate as the hula hoop and the all-asparagus diet.

“Well I’ve never used a hula hoop; I did try the asparagus diet,” she said. “I turned out to not be a passing fad.”

Mikulski reminisced about how much has changed for women in politics from when Mikulski first began as a Baltimore City Councilwoman in 1971.

“You know, there was the central casting: the gray hair and the distinguished person,” said Mikulski, who’s 4’11’’ and believes her colleagues’ “little general in pearls” description is accurate, although that’s not what she would call herself. Mikulski, who’s middle name is Ann, is referred to as “BAM” by her staff.

“I just laughed when they said I didn’t look the part, I just said this is what the part looks like,” she said. “I just squared my shoulders, put my lipstick on and kept on going door to door, kept on knocking on doors, kept on getting elected to open the doors for other women.”

She’s done that both legislatively and in the Senate, a boy’s club only surpassed in exclusivity by the one informally practiced by presidents.

While in office, Mikulski pushed for years for equal pay for equal work, culminating in the 2009 Lilly Ledbetter Fair Pay Act, which was the first bill President Obama signed in office. She added expansive provisions in the Affordable Care Act related to women’s preventative health and wrote a major bill helping spouses avert poverty while trying to pay for nursing home care. Her influence has been broad—her office notes her fierce support of the Hubble space telescope, which is managed in Maryland—and she has broke gender barriers, becoming the first female Democratic Senator elected in her own right in 1987 and the first Chairwoman of the Appropriations Committee in 2012.

“I think of a fighter,” said Maryland Democratic Sen. Ben Cardin of his colleague. “I can tell you of meetings in our caucus where the health care bill came up and didn’t have strong provisions on women’s health care. Sen. Mikulski got up and within a matter of an hour the health care bill was changed.”

Cantwell and Collins, who talked to TIME while walking together in the underground tunnels of the Capitol, happily rattled off a number of decades-old Mikulski sayings, including “square my shoulders,” the bipartisan group of female senators are a “force not a caucus,” and that senators should talk “not only in macroeconomics but in macaroni.” When asked if she was effective because “everyone’s afraid of her”—as Senate Democratic Leader Harry Reid once said—Mikulski objected, recalling another oft-repeated phrase: “insistent and persistent.”

But Mikulski’s impact in the Senate is much larger among her female colleagues than inspirational tongue twisters, she also broke down sexist rules, including one that forbade walking on the Senate floor in 1993 with pants. She later told CNN it was such a “seismographic event” that she had to tell the West Virginia Sen. Robert Byrd, the Democratic leader.

“When Senator Mikulski decided that she was going to wear pants while casting her votes, it was the rule that had to change, not her,” said Washington Democratic Sen. Patty Murray in a statement.

For now, Mikulski seems content to let the next stage of the fight play out without making waves publicly.

“I want Maryland to decide who they think is best to represent them now,” she told TIME. “I was the bridge that brought them over from the twentieth century into the twenty first, being the strong advocate for social justice, but certainly for jobs and promoting really the kind of jobs that would be a part of the innovation economy as we said goodbye to some of the others.” 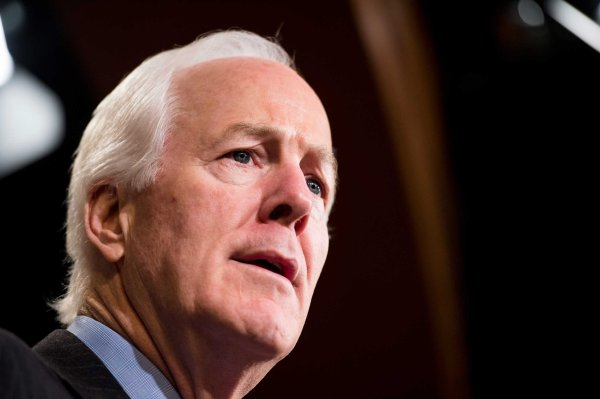 How a Human Trafficking Bill Became a Debate About Abortion
Next Up: Editor's Pick