Former New York City Mayor Rudy Giuliani said Thursday that President Barack Obama could leave a unique legacy if he spoke about the intersection of race and law enforcement like Bill Cosby.

“[Obama] could explain that yes, there are bad police and yes, there are police that act improperly and yes, there are more contacts between the police and blacks and we’re doing everything we can,” said Giuliani on John Gambling’s New York radio show on AM970. “If an African-American president stood up and said — I hate to mention it because of what happened afterwards — the kind of stuff that Bill Cosby used to say.”

Before allegations of sexual assault fueled his fall in the public eye, Cosby repeatedly and sometimes controversially criticized the African American community for a lack of emphasis on proper parenting and education, especially among the poor. He has denied claims of sexual assault from multiple women.

Giuliani praised Cosby’s message as he admonished Obama to explain the virtues of America’s police force amid ongoing controversy about policing in Ferguson, Missouri. “This president has a chance to leave a legacy that no other president will have a chance to leave until we get another African American president and who knows when that is going to be,”Giuliani added in the radio appearance.

The former mayor recently came under fire for questioning the President’s love for his country. “He wasn’t brought up the way you were brought up and I was brought up through love of this country,” he said in a February speech. 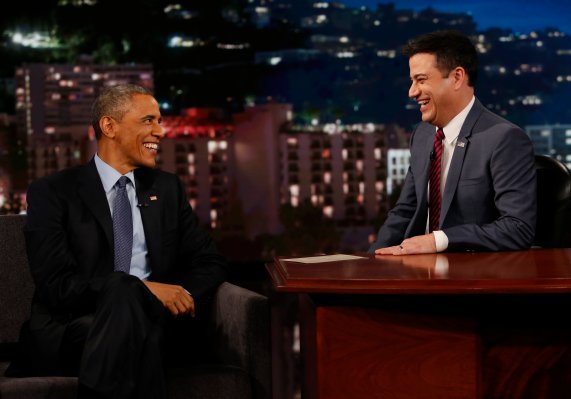 The Meanest Tweets Obama Didn't Read
Next Up: Editor's Pick