Global Carbon Emissions Flatlined in 2014 Even as Economy Grew

Global carbon emissions did not increase in 2014, marking the first time on record that carbon levels have not grown without a concurrent decline in global demand.

Carbon dioxide emissions last year remained at 32.3 billion metric tons, the same as a year earlier, even as the global economy grew by 3 percent, according to a news release by the International Energy Agency (IEA) published Friday. Since the IEA began tracking carbon dioxide emissions 40 years ago, the rise has been halted or reversed only three times: in the early 1980s amid the oil price shock, in 1992 in the wake of the collapse of the Soviet Union, and in 2009 during the global financial crisis.

“This gives me even more hope that humankind will be able to work together to combat climate change, the most important threat facing us today,” Fatih Birol, the chief economist and next executive director of the IEA, said in a statement.

The IAE attributed part of the halt in emissions growth to China, the world’s largest carbon polluter, where the growing use of renewable sources like hydropower and solar energy have helped reduce the country’s reliance on coal. In a deal with the United States in November, China pledged to stop emission growth by 2030.

The news is an encouraging sign for the global effort to combat climate change ahead of the United Nations Climate Change Conference in Paris at the end of this year, which aims to establish a global pact on emissions. 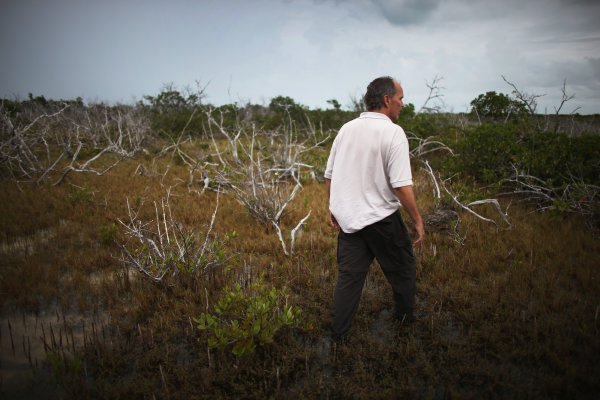