How 'Blurred Lines' Could Make Pharrell the New Bill Gates

Pharrell Williams and Robin Thicke perform during the Walmart 2014 annual shareholders meeting at Bud Walton Arena at the University of Arkansas in Fayetteville, Ark. on June 6, 2014
Jamie McCarthy—Getty Images
Ideas
By Adam Ragusea
Adam Ragusea is a journalist in residence and visiting assistant professor at Mercer University’s Center for Collaborative Journalism, and is also a classically-trained composer.

Count me among those who were infuriated by Tuesday’s “Blurred Lines” verdict. “Outrageous, indefensible” and “an assault upon the livelihoods of all creative people, everywhere” is how I immoderately put it in the British music mag NME.

As Bill Guerin, a friend from my days at Indiana University’s Jacobs School of Music, wrote Thursday on his Facebook wall (where the debate is ongoing): “If highly trained musicians are arguing about whether it’s infringement, it’s not infringement.”

But of course, it was not a group of highly trained musicians who determined that Robin Thicke’s 2013 hit, composed by Pharrell, stole from Marvin Gaye’s 1977 hit “Got to Give It Up.” It was a jury of eight people who surely were not Pharrell’s musical peers.

“The judge overseeing the case should never have let the case go before a jury,” Columbia Law School professor Tim Wu wrote in the New Yorker. “The ruling against Thicke was a mistake, and it should, and likely will, be reversed on appeal.”

Indeed, as many other musicians and I have pointed out, the songs in question share virtually no concrete musical material — no consecutive runs of notes in the melody or any similar content that has been the basis for successful copyright claims in comparable cases. Testimony to the contrary made in court by the Gaye family’s musicologist, Judith Finell, descended into the absurd.

Still, I’m struck by how many laypeople seem fine with the verdict, pointing out that the two songs do “feel” more alike than songs written in the same style usually do, regardless of what we in the musical priesthood say. Legally, there may be something to that.

If the Gaye estate’s lawyers find themselves on the ropes during the appeal process, they might think about importing a concept from a different realm of copyright law known as “look and feel,” New York entertainment lawyer Marc Jacobson told me. (He is not involved in this case, but his firm specializes in music and film.)

Look and feel comes from the world of software-company litigation. If I sell a piece of software that looks and feels a lot like Apple’s operating system, I may be infringing on their copyright, even if my OS doesn’t share a single common line of code with Apple’s (a scenario that is not merely hypothetical).

“To the extent that there is a sound-and-feel concept that may emerge in the music industry, this case may be the one [to set that precedent],” Jacobson says.

If the software analogy holds, the notes and rhythms in a song are the code, but the overall effect — say, a winning combination of sultry falsetto, bouncy staccato electric piano and glass-bottle percussion — is the legally protected look and feel.

This is not an argument that is likely to fly with musicians. Half the time when we sit down to compose, we think, “Boy, I wish I could write something like [insert copyrighted title here].” We are constantly peering, groping in each other’s look and feel, trying to find our own way of re-creating the magic.

Even the percussionist who played those glass bottles on “Got to Give It Up” — legendary Motown Funk Brother Jack Ashford — doesn’t buy it. “I don’t think you can copyright a groove,” he told WREG-TV in Memphis back in 2013. “I wouldn’t call it a rip-off.”

Jacobson’s argument is further complicated by the fact that the Gaye estate doesn’t own the “Got to Give It Up” record, only the abstract composition. To what extent does the song’s look and feel derive from the notes on the page vs. the intangibles captured in the studio? How does one really disaggregate the two?

At this point, it might not matter, Jacobson says.

“The appellate courts and the judges give great deference to juries in what they hear,” he said. “So if the average, reasonable man or woman says that those two works are substantially similar, it’s very hard for an appellate court to take a different point of view.” 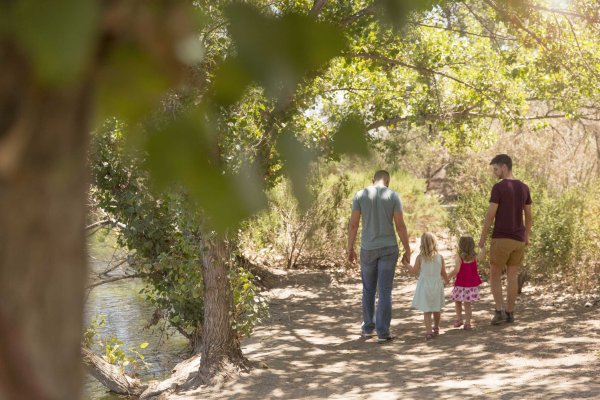 I Was Ashamed and Silent About Being Raised by Two Women
Next Up: Editor's Pick