Manny Pacquiao recently said Ronda Rousey was “strong enough to beat Floyd Mayweather in MMA,” but it doesn’t look like the UFC champ will be putting that to the test anytime soon: she says she won’t fight a man.

In an interview with The Daily Beast, Rousey said she wouldn’t be interested in a battle of the sexes à la Billie Jean King and Bobby Riggs. “I don’t think it’s a great idea to have a man hitting a woman on television,” she said. She noted that it would be a particularly bad idea in light of the domestic violence situation in the NFL.

“I’ll never say that I’ll lose, but you could have a girl getting totally beat up on TV by a guy—which is a bad image to put across.” 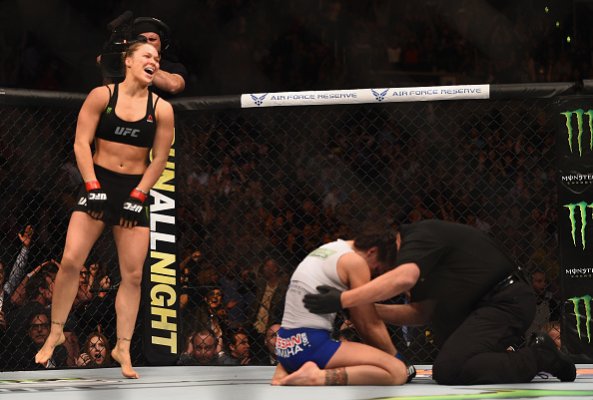 After 14-Second Victory, Will We See a Rousey vs. Justino Matchup?
Next Up: Editor's Pick