Police officers stand on alert during a protests outside the Ferguson Police Department on March 11, 2015 in Ferguson, Mo.
Michael B. Thomas—Getty Images
By Maya Rhodan

Activists who have been protesting the police in Ferguson, Mo., are concerned that the shooting of two officers on Wednesday will cause renewed problems and derail their efforts.

In the wake of the shootings, the St. Louis County Police and the Missouri State Highway Patrol are returning to Ferguson Thursday evening to provide security for protests until further notice.

The two agencies were among the outside law enforcement brought in during the wave of protests that erupted shortly after the shooting death of Michael Brown by a Ferguson police officer, but they left after a state of emergency expired in December.

On a press call hosted by the Advancement Project on Thursday, activists who have been involved in the demonstrations since August say the return of the county and state police does not instill confidence that there will be a “measured” response as protests continue.

“We have seen this change in responsibilities before and what it ended up with was tear gas and tanks and hornets nests being thrown in the crowd,” said activist and author Rev. Osagyefo Sekou. “This change in role and responsibility has not yielded much for our democracy. “

Activists say they will continue engaging in non-violent protests, as they have for the past 200 days since the death of Michael Brown drew national attention to the small Missouri municipality.

“We are committed to non-violence,” Sekou said Thursday.

Thursday’s shooting couldn’t have come at a worse time for activists, who were just beginning to feel like they were reaching a tipping point after months of demonstrations. Last week, the Department of Justice released a report that affirmed what they’d been arguing: that unfair targeting of African Americans within the Ferguson community by police officers was at the root of the summer’s lasting unrest. On Wednesday, activists had gathered to celebrate the news that Ferguson Police Chief Thomas Jackson had resigned when an unknown person fired wounding two police officers.

“After over 200 days we’re finally at a place where we’re beginning, just beginning to see the possibility of progress,” said Rev. Traci Blackmon, a pastor at the Christ the King Church of Christ in Florissant, Mo. “I see this as having the potential of taking our attention off of where our focus must remain.”

She added, “ That’s why we are adamant and completely committed to not letting this derail the work that is in front of us.” 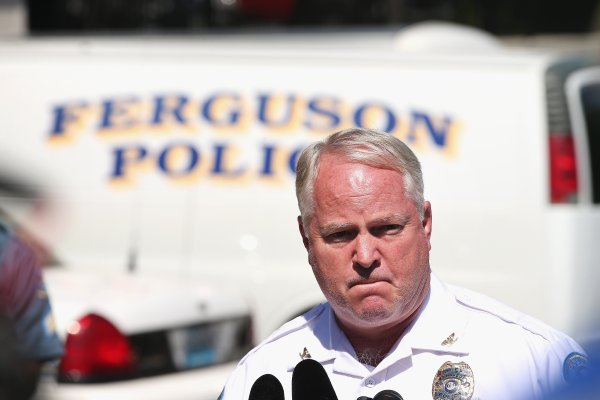