U.S. Attorney General Eric Holder delivers remarks about the shooting of two police officers in Ferguson, Mo., while announcing the first six pilot sites for the National Initiative for Building Community Trust and Justice at the Department of Justice in Washington, D.C., on March 12, 2015
Chip Somodevilla—Getty Images
By Noah Rayman

The two officers were shot early Thursday morning at a protest in front of the Ferguson Police Department after the Ferguson police chief announced his resignation in the wake of a excoriating Department of Justice report that found widespread racial bias among the city’s police. The shooter was still at large as of Thursday afternoon.

“This was not someone trying to bring healing to Ferguson,” Holder said at a gathering for the Justice Department’s launch of a pilot program to build trust between law enforcement and local communities. “This was a damn punk who was trying to sow discord in an area that’s trying to get its act together and trying to bring together a community that has been fractured for too long.”

The Attorney General reiterated a statement he released earlier in the day condemning the “heinous attack” and offering the support of the Justice Department and the FBI.

He also said that local law enforcement in Ferguson has made “good faith steps” since the release of the Justice Department report last week.

“But make no mistake, we still have a long way to go to bring about this systemic change that is needed and that is long overdue in that area,” he said. “But I think the earlier indications have truly been positive.”

Read next: The Road from Selma to Ferguson 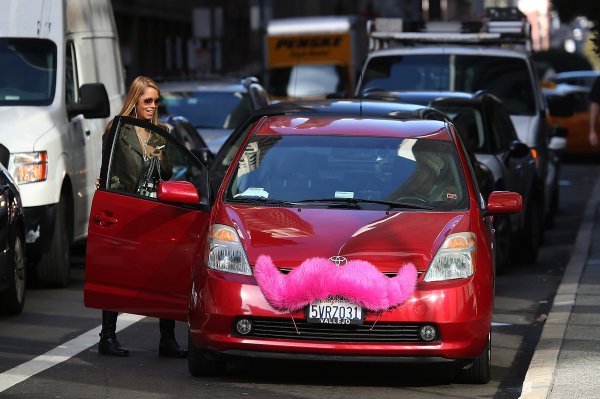 Uber, Lyft Lawsuits Could Spell Trouble For the On-Demand Economy
Next Up: Editor's Pick