University of Oklahoma Sooners helmet is seen on the field a game against the University of Alabama Crimson Tide in New Orleans on Jan. 2, 2014.
Aaron M. Sprecher—AP
By Sports Illustrated

The University of Oklahoma football team released a statement Thursday calling for further discipline of members of the Sigma Alpha Epsilon fraternity in the wake of a video that surfaced last weekend that showed SAE members singing a racist chant and repeatedly using a racial slur.

The statement said that the football team appreciated the decisive actions of Oklahoma president David Boren.

Boren banned the fraternity from campus and ordered members to move out of their residence. He also expelled two students that were identified on the video.

“As a team, our goal first and foremost is to raise awareness of racism and discrimination on college campuses nationwide,” the statement said.

The statement also urged the university to continue their investigation of the executive board of Sigma Alpha Epsilon and called for the leadership of the fraternity to “be expelled, suspended, or otherwise disciplined severely.”

“Moving forward, we seek to continued to raise awareness for this issue and reiterate that this is much greater than football,” the statement said.

The football team has not practiced all week and will return to spring practice on March 23. Quarterback Trevor Knight posted the statement on Twitter, which also said the team will wear black to protest the fraternity’s actions.

“I was here to be with my guys. We all work with beautiful young men and women of all races,” Stoops said this week. “It’s just, you know, very little gets me choked up. But that hurt.”

A statement from the university said that Boren and athletic director Joe Castiglione plan to meet with the captains of the football team after spring break. 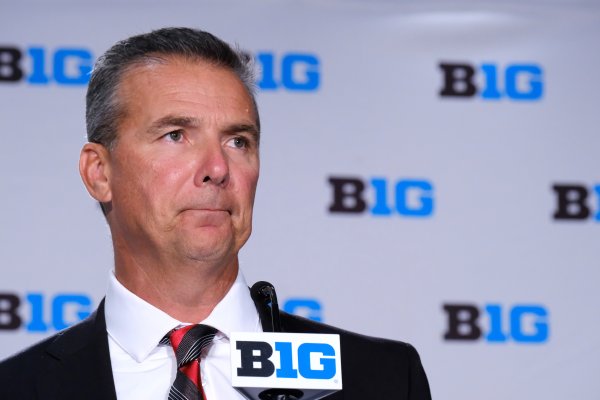