You Asked: What Is the Meerkat App?

In television, there have been moments — like the 1980 Miracle on Ice game, Nixon’s resignation, baby Jessica’s rescue, and O.J. Simpson in the white Bronco — when everyone stopped what they were doing and just watched. And now on Twitter, there will be moments — a political protest, a new product launch, or even some reality star spouting off about some random nonsense — when few, some, many, or maybe even lots of people will drop everything to do the same.

This is the democratic magic of Meerkat, a new livestreaming app that has taken iPhones by storm, climbing steadily in App Store rankings since late February.

While livestreaming is nothing new, Meerkat, an easy-to-use iPhone app, makes it easier than it’s ever been. The Meerkat app links with Twitter accounts, letting a person on one side of the phone stream a live video feed of whatever they’re looking at — or a video selfie.

And because you use your Twitter credentials to sign into the app, all the commentary moves through the social network. In other words, while you’re watching someone’s Meerkat feed, you can comment on it with tweets that the broadcaster can see and respond to.

Though it only launched February 27, Meerkat has already made waves across social media, with some users “meerkating” at the Apple Watch event earlier this week. And if that term sounds eerily similar to the word “marketing,” it may not be a coincidence.

“[Meerkat has] been very effective for me,” says Gary Vaynerchuk, an Internet personality and entrepreneur whose use of social media and viral video has netted him more than 1.3 million Twitter followers. Vaynerchuk has used Meerkat to broadcast behind-the-scenes peeks of his YouTube program The #AskGaryVee Show. When you use Meerkat to share video, it automatically tweets a message that says you’re broadcasting live, with a link people can click to watch.

“Within a few minutes, 500 to 800 people are watching me live, at any given time,” says Vaynerchuck. “That is insanity, if you think about it . . . and don’t forget, I am a 39-year-old male who talks about business, so my demo isn’t the most native to this.”

Indeed, this livestreaming technology has far-reaching potential for almost every other demographic: news hounds who want to watch events as they unfold, sports addicts who want a view from the front row, and gossip mongers who will hang on celebrities’ every word.

But the question is, will Meerkat live long enough to get into these key influencer’s hands? Despite — or because of — Meerkat’s quick success, Twitter recently bought Periscope, a different startup developing similar functionality.

It’s unclear if or how Twitter will handle both services. But in the long run, it’s clear that video broadcasting via tweets is here to stay.

“The notion of livestreaming, or using a mobile device as a recorder, and then people on the other end watching, will be an absolute functionality of society, at scale, within 24 months,” says Vaynerchuk, who predicts hundreds of thousands of people will be broadcasting within that time to tens of millions of viewers.

That’s a massive shift in the way people will consume news, sports, or entertainment — though it also has the possibility to profoundly change how people view far-flung parts of the world, with users from different cultures livestreaming even the most mundane aspects of their lives. But this technology will also push a huge amount of data through the Internet, possibly causing growing pains for Twitter, which now mostly pushes 140 characters at a time through the web — though it’s also been adding native video features.

The ephemeral video feeds also have the potential to wreak havoc on conventional entertainment, similar to how YouTube struggled with users uploading bootleg movies and videos that used music without copyright permission. Sports fans are no doubt familiar with the boilerplate sounding “This copyrighted broadcast is the property of the National Football League.” Meerkating is exactly what they are warning you not to do.

This problem might seem like it’s a far-off scenario, but watch Twitter on May 2, when Floyd Mayweather and Manny Pacquiao face off in one of the highest-profile boxing matches in years. Sure, you can shell out for the likely-$100 pay-per-view broadcast. But whichever fighter you bet on, smarter money will be on people Meerkating the fight live on Twitter, providing their own play by play, no less. 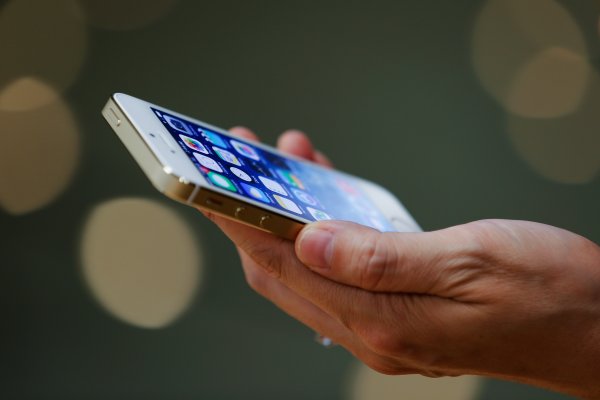