How and Why the Dalai Lama Left Tibet

The invitation seemed innocuous: A Chinese general asked if the 14th Dalai Lama would like to see a performance by a Chinese dance troupe. But when he was told to come to the Chinese military headquarters without soldiers or armed bodyguards, according to his official biography, the Tibetans sensed a trap.

After years of guerrilla war between Tibetan rebels and the Chinese soldiers in a land that China considered to be its territory, the friendly overture seemed suspicious enough that, on the day of the performance, thousands of protesters surrounded the Dalai Lama’s palace in Lhasa to keep him from being abducted, arrested or killed. Over the following few days, the protests expanded into declarations of Tibetan independence and the mobilizing of rebel troops to fight the Chinese forces. The State Oracle, the Dalai Lama’s advisor, urged him to flee.

On this day, March 17, in 1959, Tibet’s spiritual and political leader, then 23, disguised himself as a soldier and slipped through the crowds outside the palace he’d never see again. He embarked on a dangerous journey to asylum, crossing the Himalayas on foot with a retinue of soldiers and cabinet members. They traveled only at night, to avoid detection by Chinese sentries. Rumors later circulated among Tibetans that the Dalai Lama “had been screened from Red planes by mist and low clouds conjured up by the prayers of Buddhist holy men,” according to TIME’s 1959 cover story about the escape. But until he appeared in India, two weeks after taking flight, people around the world feared that he had been killed, according to the BBC.

Back in Tibet, thousands died fighting the Chinese forces. Per the BBC, “All fighting-age men who had survived the revolt were deported, and those fleeing the scene reported that Chinese troops burned corpses in [Lhasa] for 12 hours.”

It was the latest flare-up of the longstanding discord between Tibet and China, as TIME summarized:

That discord endures today. Tibetans can still be arrested if caught with the writings or a picture of the Buddhist leader and recipient of the 1989 Nobel Peace Prize. And Chinese leaders were outraged last month when President Obama made his first public appearance with the Dalai Lama, whom he called a “good friend.” And as the New York Times reported last week, they were also incensed by the 79-year-old Dalai Lama’s recent speculation that he might not reincarnate this time around, foiling Chinese plans to hand-pick a 15th Dalai Lama who would follow the Communist party line. Per the Times, “[Chinese] officials repeatedly warned that he must reincarnate, and on their terms.”

China’s official version of the Dalai Lama’s 1959 escape sees him as forced to flee due to a failed attempt on his part “to maintain the serfdom in the region, under which the majority of Tibetans were slaves leading a life of unimaginable misery,” per TIME.

Tibetans tend to disagree with this retelling. According to TIME’s coverage of the Dalai Lama’s recent trip to the United States, “So profound is the despair among some Tibetans that more than 130 people have committed suicide since 2009 by setting themselves on fire, according to exile organizations. As they burn, self-immolators reserve their final breaths to praise the Dalai Lama and denounce Chinese rule.”

Read TIME’s 1959 cover story about the Dalai Lama: The Dalai Lama Escapes from the Chinese

The original caption for the photo that appears with this article misstated the issue date for the TIME cover it shows. That is the April 20, 1959, issue of the magazine, not the April 2, 1959, issue. 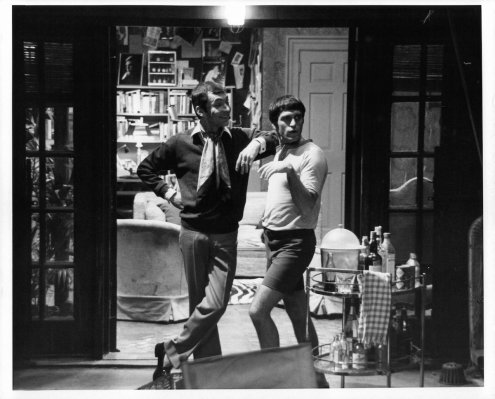 How One Movie Changed LGBT History
Next Up: Editor's Pick