Things Shakespeare Got Wrong About the Ides of March

The Ides of March are almost come again and, before they’re gone, we’ll think of Shakespeare’s Julius Caesar. We love the play because it sings — it turns politics into poetry and raises the daily grind of logrolling, backstabbing and cloakroom maneuvers into a sublime contest of friendship and ideology, loyalty and liberty.

It’s not just a play: Caesar really was assassinated by a group of senators in Rome on March 15, 44 B.C., a date the Romans called the Ides of March, that is, the middle of the month of March. But Shakespeare was not a historian. The real story was even dirtier and more devious: it gains in grit what it loses in idealism.

In Shakespeare the influential Brutus was Caesar’s friend who secretly broke with the arrogant dictator in order to save the Roman Republic. And so a conspiracy of senators raised their daggers in the Capitol and assassinated Caesar, but not before the wounded leader recognized the betrayal and asked bitterly, “Et tu, Brute?” — Latin for “You too, Brutus?”

The real Brutus wasn’t Caesar’s friend, just his ally of convenience. Brutus struggled over the risks of killing Caesar but not over the ethics. Nor did Caesar ever say “Et tu Brute?,” a line invented on the Elizabethan stage, but he might have said something even nastier.

An ancient rumor has it that Caesar turned to Brutus and said kai su, teknon — Greek, not Latin, for “you too, child?” It seemed almost as if the dying dictator was confirming Brutus’s worst nightmare. For Brutus was the son of Caesar’s former mistress, Servilia. Gossip claimed that Caesar was Brutus’s natural father but Caesar was only fifteen when Brutus was born. Still, accidents do happen! Yet the ancient sources reject the rumor in the end and conclude that Caesar was too busy trying to defend himself from his attackers to say anything.

Julius Caesar is not really Spartacus, but gladiators played a key role in the historical events. Shakespeare doesn’t breathe a word of them. These sword-wielding brawlers doubled as security guards in Caesar’s Rome. A troupe of them stood outside the Senate House on the Ides of March, providing backup in case the killers met resistance and needed help. The gladiators were slaves who belonged to Decimus, a man who Shakespeare calls “Decius” and who has only a small role in the play. In real life, Decimus was a leader of the plot against Caesar. One of Caesar’s top generals, Decimus was a mole in the dictator’s inner circle. He joined Caesar at his last dinner party and the next day coldly led him to his death. Caesar’s friends later called Decimus the poisoner.

And then there was Cleopatra. Shakespeare saves the seductive queen of Egypt for another play, Antony and Cleopatra, but she was in Rome on the Ides of March and she pricked the public’s imagination. She gave credence to the charge that Caesar wanted to be King. After all, he dated a queen. To add to the plot, Cleopatra was also the mother of a boy named after the man she said was his father: Caesarion, that is, “Little Caesar.” Caesar had ensconced her in his villa on a hill overlooking the city across the Tiber River.

The presence of Cleopatra and of Decimus and his gladiators, along with the absence of “Et tu, Brute?” are no mere details. They are just a few of many other characters and complexities not found in Shakespeare. All told they turn a relatively straightforward tale into something with as many plot twists as the The Affair. Why did Shakespeare get so much wrong? He did not have access to the full range of ancient sources and all their details that we have today. Yet even had he known more, the Bard would surely not have told all. The dramatist was thinking about the footlights, not the footnotes.

Barry Strauss teaches history and classics at Cornell University. He is the author of “The Death of Caesar: The Story of History’s Most Famous Assassination” (Simon & Schuster, March 2015). Follow him on Twitter @barrystrauss 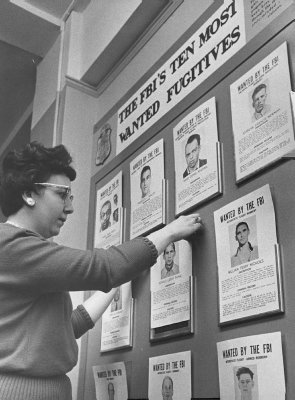 'Most Wanted': The Long History of the FBI’s Top Ten List
Next Up: Editor's Pick