Watch the Trailer For Kurt Cobain: Montage of Heck

The film, which details the life of Nirvana front man, premiered at Sundance Film Festival earlier this year and has received rave reviews, writes Rolling Stone.

Directed by Brett Morgen, Montage of Heck follows the life of Cobain growing up in the Pacific Northwest and ultimately becoming a rock legend. Cobain’s wife Courtney Love and daughter Frances Bean (who is executive producer of the film) also feature heavily.

In the trailer, interviews with family members and friends are mixed with animation and never-before-seen family photos, home movies and artwork of the Smells Like Teen Spirit singer who took his own life when he was 27.

A companion book will be released prior to the film containing animation stills and photography from Cobain’s archives.

The film’s soundtrack will also feature an unreleased 12-minute acoustic song by Cobain.

Kurt Cobain: Montage of Heck will premier on television May 4. 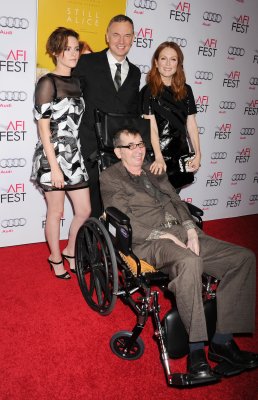