The police chief of Ferguson announced Wednesday he is resigning his post, after the fatal shooting of an unarmed black 18-year-old resulted in an excoriating Justice Department report on his department.

Thomas Jackson submitted his resignation letter on Wednesday, the St. Louis Post-Dispatch reported. “I believe this is the appropriate thing to do at this time,” Jackson told the newspaper. “This city needs to move forward without any distractions.”

Ferguson Mayor James Knowles said at a news conference on Wednesday that Jackson and the city had agreed to a “mutual separation” that will take effect on March 19. Jackson will receive severance payment and health insurance for one year.

“He felt that this was the best forward, not only for the city but for the men and women serving under him,” Knowles said.

The Department of Justice issued a report last week that found systemic racial bias in Ferguson’s police department as well as a court system driven by profits. The report cited racial profiling by police officers and alleged that the court system functioned as a money-making enterprise that targeted the poor and minorities.

Protestors and some of Missouri’s top elected leaders had previously called on Jackson to step down from his post as police chief in the St. Louis suburb for his handling of the August shooting of teenager Michael Brown by police officer Darren Wilson. The shooting provoked days of often violent unrest in Ferguson, and inspired protests across the U.S.

Two police officers, a court clerk, the municipal judge and the city manager have either been fired or resigned since the shooting. 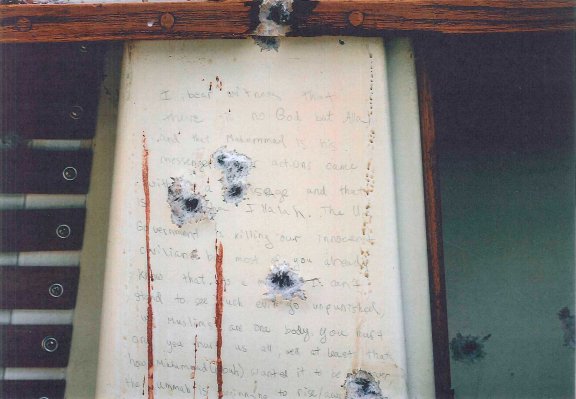 See Evidence From the Boston Bombing Trial
Next Up: Editor's Pick