The 'Blurred Lines' Ruling Is the First of Its Kind

Pharrell Williams and Robin Thicke perform during the Walmart 2014 annual shareholders meeting on June 6, 2014 at Bud Walton Arena at the University of Arkansas in Fayetteville, Arkansas.
Jamie McCarthy—2014 Getty Images
By Nolan Feeney

This article has been enhanced with interactive sound clips. To hear the sound clips, click the phrases highlighted in red.

A jury ruled Tuesday that Pharrell Williams and Robin Thicke copied Marvin Gaye on their 2013 hit “Blurred Lines,” awarding the Gaye family nearly $7.4 million dollars in a verdict that could have a chilling effect on pop music.

You don’t have to be trained musician to spot the similarities between
soundFile=https://time.com/wp-content/uploads/2015/03/blurred-lines-clip.mp3|
startPosition=1|
endPosition=5750|
content= “Blurred Lines” and Gaye’s 1977 song
soundFile=https://time.com/wp-content/uploads/2015/03/got-to-give-it-up-clip.mp3|
startPosition=1|
endPosition=7500|
content= “Got to Give It Up.” Listen for yourself: Both begin with skittering, light-on-their-feet drum beats punctuated by a few pulsing bass notes; both Gaye and Thicke begin the track showing off their falsettos, though Thicke drops the high notes shortly after. Williams argued that he had just been “channeling that feeling, that late-’70s feeling” (and you can’t copyright feelings), but Gaye’s copyright applied only to the sheet music version of the song—the jury didn’t even hear the official recording in court—which means the case came down to the actual nuts and bolts of the songwriting.

Historically, these kinds of legal disputes are settled by insiders who can analyze note-for-note the stretches of the song coming under scrutiny, the Los Angeles Times reports. But while the “Blurred Lines” case had plenty of expert testimony from musicologists and industry executives, they ultimately didn’t get to make the call—regular people did.

“It’s never been based on a jury’s opinion,” Irving Azoff, the chairman and CEO of Azaoff MSG Entertainment (which reps Williams) told the Los Angeles Times. “If we’re now entering into a gray area, that’s very scary.” By putting it to a jury, the debate was turned over to relatively untrained ears, which makes this ruling a particularly slippery slope for both songwriters and artists.

Read next: Here’s Exactly How Much Money ‘Blurred Lines’ Made 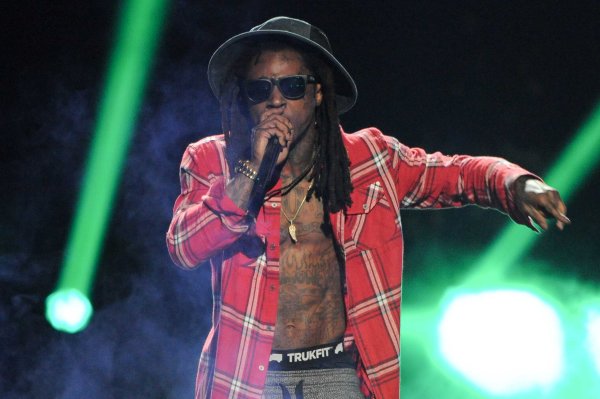 Reported Shooting at Lil Wayne's Home Was Likely a Hoax, Police Say
Next Up: Editor's Pick