Jimmy Graham warms up prior to a game against the Cincinnati Bengals at the Mercedes-Benz Superdome in New Orleans on Nov. 16, 2014
Stacy Revere—Getty Images
By Doug Farrar / Sports Illustrated

The Seahawks have been trying to find the optimal target for Russell Wilson since Wilson became the team’s starting quarterback in 2012, with limited success. In 2013, they tried to fix that problem by trading their first-round pick to the Vikings for receiver Percy Harvin, then signed Harvin to a monstrous extension. It didn’t work out well at all—Harvin missed most of the 2013 regular season with a hip injury and was traded to the Jets in the 2014 season for a number of reasons.

That experience clearly hasn’t made Seattle shy away from trading another first-round pick for another major target. According to Fox Sports’s Jay Glazer, Seattle has traded its 2015 first-round pick and center Max Unger to the New Orleans Saints for tight end Jimmy Graham and a fourth-round pick. Ian Rapoport of the NFL Network confirmed the deal.

“We have a great relationship with the Saints,” Seahawks general manager John Schneider told Alex Flanagan of the NFL Network Tuesday afternoon. “We’ve been talking for several days. It’s hard in this business when you’re talking about moving someone the caliber of a Max Unger, but we’re always talking about how there’s no finish line here, and how we’re trying to get better every single day. This opportunity presented itself, and it’s one of those deals that we felt we needed to make in order to keep moving forward as an organization.”

The Seahawks had been involved in discussions to bring Denver Broncos tight end Julius Thomas to Seattle, but Thomas signed with the Jacksonville Jaguars instead. There was also some talk about Cleveland Browns tight end Jordan Cameron, but it was pretty clear that Schneider viewed the Graham deal as the one that couldn’t be passed up.

“The size, and what he does in the red zone,” Schneider said. “He’s scored 46 touchdowns since 2011, and outside of Marshawn Lynch and Dez Bryant, those are the top three guys scoring touchdowns in the last three years.”

“We think he’s a fantastic target that we can implement in a number of ways. I think all the ways we’ve come to understand is pretty clear – he’s a big receiver, plays big, makes plays in a crowd, makes plays on top of guys, is a very effective player in the red zone, he’s been a consistent scorer. So all of that stuff, we’re going to fit it into our offense and make him a very obvious complementary part of it. When you have to deal with Marshawn (Lynch) and it starts with the run game and Russell (Wilson) doing his thing to complement the receivers that we have that have made so many plays for us and done so many cool things – we think this is a great addition and should really… Your best players always help your other guys play well and be productive. That’s what we’re hoping for.”

Saints head coach Sean Payton was a bit rueful about losing a player of Graham’s talent, but excited about acquiring Unger and that extra first-round pick.

“Coming to us from a primary basketball background with limited experience in 2010, Jimmy immediately got to work in the weight room, on the practice field and in the playbook and quickly evolved into one of the top tight ends that I have ever coached,” Payton said. “Decisions like these are always difficult and we wish Jimmy the best of luck. We’re excited to add Max to our offensive line. He is a tough, physical player where he blocked for one of the top rushing offenses in the NFL, he has been a solid contributor to Seattle’s success.”

A third-round pick out of Miami in the 2010 draft, Graham has been one of the most productive and dynamic players at his position over the last few seasons, catching 386 passes for 4,752 yards and 51 touchdowns in his career. In 2014, he grabbed 85 passes for 889 yards and 10 touchdowns. In 2013, he led the league with 16 touchdowns.

The first-round pick is a steep price for Graham’s services, but there is an upside for the Seahawks besides his productivity: Graham is going into the second year of an entirely reasonable four-year, $40 million contract with $20.9 million guaranteed.

For the Saints, the addition of Unger allows them to solidify the inside of their offensive line, as Unger plays at a Pro Bowl level when healthy. He’s an outstanding move center who can get to the second level quickly. That “when healthy” caveat is important, though. Unger has missed 13 games total in the last two seasons with various injuries. The addition of the Seahawks’ first-round pick made this too tough to pass up for a franchise that came into free agency needing to make several moves just to get under the salary cap. The Saints are looking to rebuild, and high draft picks are the best way to do that.

Grade for Seahawks: B+

Giving up a first-round pick for any player is a dicey proposition, and there were times when Graham disappeared in the Saints’ passing game. In Seattle’s offense, he’ll be a frequently-targeted weapon. There should be concern about Graham’s blocking and what the Seahawks are going to do to replace Unger (they’re also losing left guard James Carpenter to the Jets), but when you get a chance to improve your offense in this fashion, you take the plunge. Seahawks general manager John Schneider and coach Pete Carroll are never afraid to make the high-risk deal, and that’s what they’ve done here.

Grade for Saints: B

This is exactly what the Saints needed. Yes, Graham is a major loss, but again, this is a team with a lot of aging veterans and needs at other positions. The extra first-round pick will help a great deal. Of course, the one downside to this is that the Saints have lost their primary passing target in what look to be the final years of Drew Brees‘s prime. 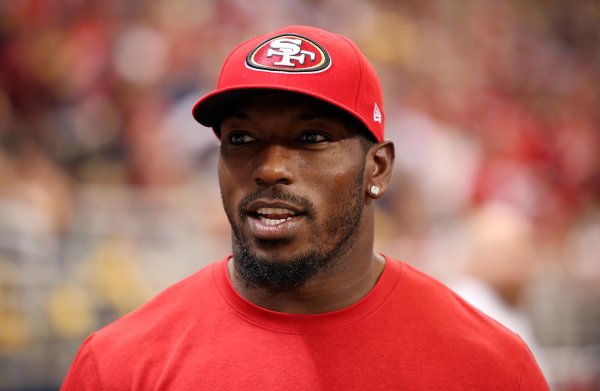