We're Not Doing Enough To End Hate Among Our Children

Ideas
By Simran Jeet Singh
Singh is a scholar and historian of South Asia. He is an Equality Fellow for the Open Society Foundations, a Council on Foreign Relations term member, and a Truman National Security Project fellow.

Last week, a middle school student from Georgia recorded some of his classmates calling him a “terrorist” and posted it online. Presumably, the kids on his bus tormented him because of his Sikh turban.

The family changed the video’s settings to private, but not before users around the world had already copied the video and reposted it. The video has since gone viral, gaining more than a million combined views from people all over the globe.

The term “terrorist” is a racially coded word that specifically targets diverse groups of people from different ethnic and religious backgrounds based on shared identity characteristics, such as brown skin, beards, and religious head coverings. The communities that fall within this category – including Muslims, Sikhs, Arabs, and South Asians – have been targeted in a substantial amount of hate violence in post-9/11 America. Statistics show that anti-Muslim bigotry in America has only gotten worse since the attacks of 9/11.

It appears that the school district did not consider what the slur “terrorist” has come to mean in modern America. Their statement suggests that the epithet is no different than any other curse word and describes the incident as “a series of back-and-forth name-calling incidents that had occurred between students.” While the video records the Sikh boy responding to the taunts with a curse word (m—-r f—-r), this swear is in no way equivalent to the hate speech directed at him.

The bias underlying the epithet directed at the Sikh boy is loaded with xenophobia and Islamophobia. It is incumbent on the school district to recognize the animus and respond accordingly. There is a reason why our justice system often gives harsher penalties for hate crimes. We have created these policies to eliminate hate from our world.

This particular instance is unique in that there is no doubt that the bullying was motivated by bias. The video evidence records the boy being taunted by a racial slur and offers us a unique opportunity to model the importance of protecting our society — and our children — from hate.

While the story from Georgia has been spreading around the world, another story has come to light of a Florida teacher who began referring to her Muslim student as a “rag-head Taliban.” The school district’s superintendent recommended a five day suspension, again illustrating the lack of seriousness with which our schools handle such hate speech.

It is in our best interest as a society to teach our children it is wrong to mistreat people based on how they look. By being so tolerant of intolerance, are we allowing our schools to become breeding grounds for hate? 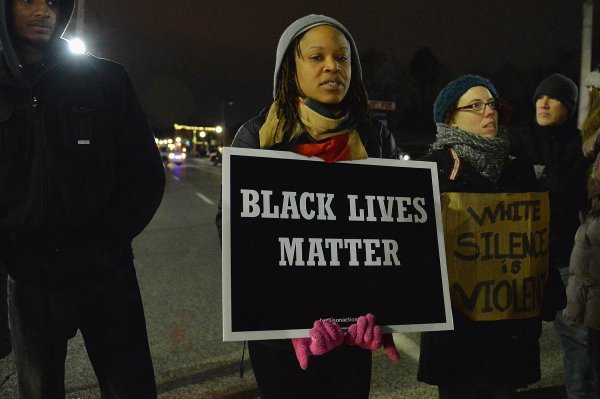 If One Generation of Black Men Could Grow Up Not Experiencing Cops as the Enemy
Next Up: Editor's Pick