The Indian government last week banned India’s Daughter, a BBC documentary about the brutal gang rape and death of a medical student in New Delhi two years ago, condemning it as an “international conspiracy to defame India.” In truth, if there is something to criticize about the documentary, it is that it trucks in politically correct pieties about rape being a global problem that soft peddle the special violence that women in India and other traditional societies confront.

The most controversial aspect of the documentary by British director Leslee Udwin involves interviews with Mukesh Singh, one of the convicted rapists (who has appealed his death sentence to India’s Supreme Court) and his defense lawyers. Without a hint of remorse, a soft-spoken Singh, calmly tells Udwin that a woman is more responsible for rape than a man. Decent girls — 20% of the population, in his estimation — dress modestly and don’t stay out until 9 p.m. like Jyoti did. Furthermore, she should not have resisted the rape because then his pals (he insists he only drove the bus while they raped her and violated her with an iron rod) would not have been so brutal.

But even worse than these statements by Singh — a poor, uneducated man who lived in a slum of rural migrants steeped in backward mores (much of which Udwin does a great job of drawing out) — were the comments of his educated, city-dwelling lawyers. One of them asserted that he would have no compunctions about dousing his sister or daughter with petrol and burning her in front of his entire family if she engaged in pre-marital activities.

The first step in curing such retrograde views is exposing them, which is why, if anything, Udwin deserves a Bharat Ratnam, the country’s highest civilian honor. Instead, the Indian government has launched a jihad against the film on the absurd grounds that its trying to malign India’s image abroad and hurt tourism — as if the bigger threat to tourism is not rape itself, especially against female tourists, but talk of rape.

The ban prompted NDTV, India’s largest TV channel, to mount a protest black out of all programming for an hour on Sunday, International Women’s Day, when the film was supposed to be aired. BBC, which had originally planned to show the film on the same day, aired it four days early to beat a restraining order. YouTube and other large websites have also been forced to take down the film in India, but it remains easily available on numerous personal websites, making a mockery of the government’s promise to implement a global ban.

Udwin is pleading with the government to call off its foolish campaign. She insists that her motive was to understand the mind of a rapist to highlight a global problem – not to single out India, a country she says she loves dearly and wanted to “put on a pedestal.” Why? Because rape exists everywhere, she maintains, but India alone arose in spontaneous mass protest against Jyoti’s rape, deeply moving Udwin, herself a rape victim.

Such sentiments sound good, but the truth is that if other advanced countries haven’t experienced anti-rape mass protests, it might be because the character of their rape problem is rather different. That might also be why they don’t experience vigilante justice, like what just happened in Nagaland, a small Indian province where villagers, frustrated by the slow pace of prosecution, pulled out an alleged rapist from prison last week and lynched him.

Most Western countries, including the United States and Udwin’s own England, have made far more progress in beating back retrograde patriarchal notions that feed violence against women than India and other traditional societies. For starters, the views expressed by Singh and his lawyers are commonplace in India — but anomalous in America. Udwin would have to drill into the subterranean reaches of America before finding a man willing to spew such bile.

There could hardly be a more striking testimony to the vast chasm between India and, say, America in recognizing women’s rights than Scout Willis’s recent “free the nipple” campaign, in which Bruce Willis’s and Demi Moore’s daughter went strolling topless in Manhattan to draw attention to Instagram’s ban on nude pictures. American feminists celebrated her stunt. But not even the most liberated feminist in India would have thought her protest to be anything but insane.

Udwin’s original promos for the film had promised to highlight worldwide rape statistics to draw attention to the global scope of the problem. The final film omitted them (at least the version I saw), which is just as well because such statistics mislead more than they enlighten.

India’s official rape statistics registered 1.8 rapes per 100,000 people in 2010, compared with the United States’ 27.3 in 100,000. But everyone knows that rape is massively underreported in traditional societies, where there is a strong stigma attached to victims. Moreover, the definition of rape is much broader in America compared to India, where marital rape wasn’t even considered rape until recently. Perhaps most importantly, whatever problems the U.S. and UK have in prosecuting rape, India’s criminal justice system is virtually incapable of arresting and prosecuting rapists in a timely manner — when such arrests and prosecutions are made at all.

Ignoring the strides that some countries have made in safeguarding women and their rights may be politically correct. But such false equivalence doesn’t help Indian women. If even rich, advanced countries can’t protect their women, it seems to say, then it’s no big deal if a poor, developing one like India can’t either.

This “enlightened” attitude might ultimately do as much disservice to Indian women as the deplorable ban on Udwin’s gut-wrenching film. 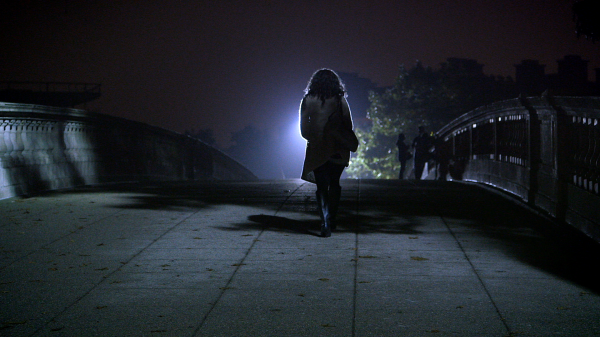 The Hunting Ground Reignites the Debate Over Campus Rape
Next Up: Editor's Pick