Apple had a trick up its sleeve during Monday’s special event. And no, it wasn’t the Apple Watch.

(Though you ought to read my initial review of that device here.)

The company announced a new laptop, which it calls simply MacBook, that looks more like a MacBook Air that went on a diet. How slim, you ask? It measures just 13.1 millimeters at its thickest point, and weighs in at a mere 2.03 pounds.

And then you put your hands on it and realize. Gosh, it’s small. Incredibly small. Unbelievably small.

I repeated a similar phrase during the keynote that introduced it, which I live-blogged for this very publication. It’s easy to think dwell on size when the device is the sole item on a sweeping black stage. It’s another thing to walk into Apple’s demo area, lay your eyes on the sold, silver, and grey varieties, and think the same thing all over again.

Apple’s new MacBook is indeed all-new, and it’s a complete overhaul of the device, from components on out. It lacks fans of any sort and relies on an energy-efficient Intel Core M processor to keep it cool and prolong battery life, which Apple claims lasts an entire day. Its screen, the so-called high-resolution Retina display, measures 12 inches on the diagonal, situating the new laptop in between Apple’s two models of MacBook Air, at 11 inches and 13 inches. The difference: That Retina display packs 2304 pixels across by 1440 pixels down into that diminutive picture.

Each key features a new “butterfly mechanism” that provides for a unique typing experience. It’s one that I struggled with during my hands-on time with the new MacBook. It’s not that the keys are hard to press, or even awkwardly placed. If anything, the keys are almost too easy to press. A touch-typist will fall in love with it after just a few minutes of tapping away. Others will take long to adjust to a keyboard that stretches to the very edges of the MacBook’s housing. I’m in the latter camp.

A new trackpad offers the same “Force Touch” technology found in the Apple Watch. Push past the marketing and you’ll find a trackpad that doesn’t move when pressed, no matter how hard you do so. (Well, within reason—don’t shove the thing off a table.) Its immobility allows it to differentiate between amounts of pressure, and by extension, intent to accomplish different tasks. For example, moving the mouse pointer over a file icon and Force Touching on the trackpad prompts Quick Preview to open. See an address in an e-mail? Force Touch on it and a dialogue box with Apple Maps appears to reveal its exact location.

Similar shortcuts are present throughout the updated Mac OS X operating system. You can adjust the degree of pressure in the System Preferences area. And try as I might on the floor of the Yerba Buena Center in San Francisco, I still couldn’t believe that the new MacBook’s trackpad wasn’t actually moving. Apple assured me it’s not. The “Taptic Engine” underneath the aluminum pad leaves the user with the impression that it’s traveling in space. Color me impressed—or confused.

There is a notable lack of ports on the new MacBook. In fact, there’s only one. (Well, two if you want to make the argument a headphone-jack is a port.) On its left flank is a USB Type-C port. Think of it as the more capable, younger sibling of the Lightning adapter on your iOS device. Through this single port you can charge the MacBook, transfer content, and connect it to an external monitor.

It’s the Swiss Army Knife of connectors, though for now at least, external monitor functionality will require a series of adapters. Why? USB Type-C is a new standard—one that most accessory manufacturers have yet to fully commit to, let alone release products with it incorporated. So for now, adapters will be a necessity for MacBook owners.

As someone who works primarily from an iPad, I can’t complain about the lack of ports. For me, adapters are a way of life and something I’ve come to accept. But that’s not for everyone, and Apple’s minimalism will be a break in how we’ve come to think about the desktop/laptop computer. I asked several attendees at the Apple event what they thought about this issue; reactions ranged from excited to discouraged. (The concerns of the latter group: what’s the point of ultraportability if I need to carry around a bunch of adapters? Fair point.) That Apple’s adapters are priced as high as $79 won’t help.

But back to the new MacBook. Its Intel M Core processors clock in at a lowly 1.1GHz and 1.2GHz respectively, which is cause for concern. I wasn’t able to fully test either version outside of Apple’s demo area, unfortunately, so I can’t comment on their overall performance. I can say that during the limited time I used the new MacBook—to watch videos, browse through a Photos library, and accomplish other miscellaneous tasks—I was left with the impression that comparatively slow processors wouldn’t adversely impact performance too much.

But that’s not the real point. Apple’s new MacBook is transformative based on its size alone. To put it into perspective, the new MacBook is only slightly heavier (and far thinner) than my iPad-plus-keyboard setup, but it’s a full-fledged content creation device.

Which has me, and I suspect many other people, wondering: Laptop. Tablet. Now what?

Jason Cipriani is Fortune’s personal technology columnist and the author of its weekly “Logged In” column. 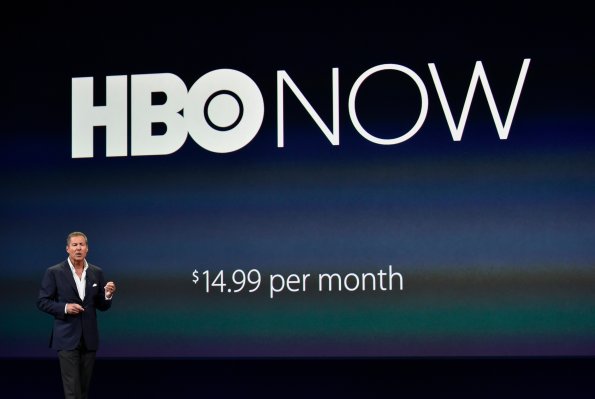