How To Talk About Gender Bias at Work

So in the name of closing the gender gap, and International Women’s Day, this week’s TL;DR has a special theme. We’ll discuss:

TL;DR: Even the most well-intentioned men have misconceptions about women at work. For instance:

2. How Female CEOs Actually Get to the Top

TL;DR: The Fortune 500 only has 24 female CEOs. So what did they have that others didn’t?

It’s not an Ivy League degree. That’s only true for two of the 24 women.

The answer is tough to hear, especially in today’s world where we swap jobs every few years.

It’s about consistency. Data shows that these 24 female leaders spent a median of 23 years at a company before becoming CEO.

In fact, over 20% took jobs right out of school at the companies they now run. For instance:

For men, however, the median is 15 years. Meaning, a woman’s climb to the top is over 50% longer. So how should we deal with the imbalance and biases at play? That bring us to…

3. When Talking About Bias Backfires

So if awareness makes it worse, how do we make it better? The solution isn’t to stop pointing out stereotypes. It’s to go a step further.

Bottom line: raising awareness isn’t enough. We should explicitly disapprove of leadership imbalance if we ever hope to improve it.

This article originally appeared on Every Vowel. 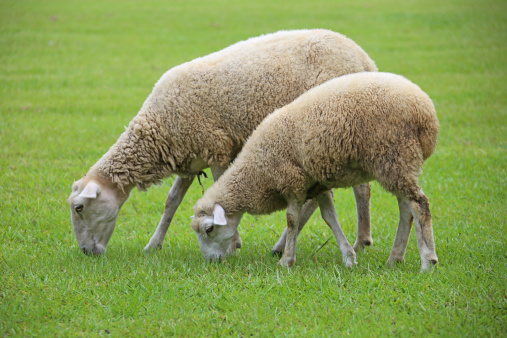 Wake Up, Sheeple! And Watch These Sheep Crowd Through a Door
Next Up: Editor's Pick