By Laura Stampler and Sam Frizell

Rescue teams expanded their search in Snohomish County, Wash., on Tuesday in a desperate attempt to find survivors of the catastrophic mudslide that left an estimated 24 dead amid ruined houses and countryside.

The Washington Army National Guard and Federal Emergency Management Agency joined local officials in the search on Tuesday, using specially trained dogs and sonar technology to scour the vast affected area, reports the Seattle Times. Two more bodies were discovered on Tuesday, bringing the official death toll to 16, while an additional eight were located but not recovered.

Residents of the small town devastated by a massive mudslide knew there was a “high risk” of this kind of disaster in the area, according to a Washington State official.

“This entire year we have pushed message after message that there’s a high risk of landslides,” said John Pennington, director of Snohomish County emergency management. “The dangers and the risks are known.” A smaller mudslide hit the area in 2006, and Pennington said adjustments had since been made after the event, including millions of dollars in land development in order to prevent a potential disaster.

“We did a great job of mitigating the effect of smaller slides,” Pennington said. “It haunts me because we did everything we could have done, and the community did feel safe.”

That marks a change of stance from Monday, when Pennington stated, “This was a completely unforeseen slide. This came out of nowhere.” The Seattle Times reported late on Monday that a U.S. Army Corps of Engineers report had warned as long ago as 1999 of the “potential for a large catastrophic failure” on the hill that collapsed at the weekend.

Over 90 people are still reported missing after the devastating mudslide, which took place over the weekend after a long period of heavy rain. A smaller mudslide hit the area in 2006, although Pennington said adjustments had since been made.

Rescue workers are still scouring through the wreckage, 55 miles (89 km) northeast of Seattle, to find survivors. Firefighters have reported difficulties with the terrain that are slowing the process. “It’s like quicksand out there,” local fire chief Travis Hots said. “Some of my guys could only go 50 ft. in five minutes.” 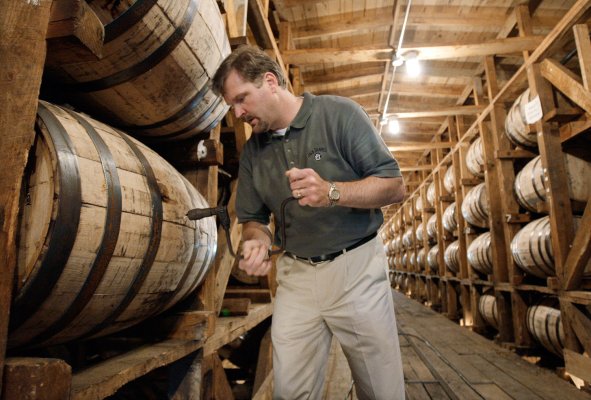 Tennessee Whiskey Bill On the Rocks
Next Up: Editor's Pick