Racist Video Not the First Scandal for Troubled Fraternity

The swift action by a national fraternity to close its University of Oklahoma chapter after video surfaced of members chanting a racial slur was just the latest controversy for the troubled men of Sigma Alpha Epsilon.

“We apologize for the unacceptable and racist behavior of the individuals in the video, and we are disgusted that any member would act in such a way,” Sigma Alpha Epsilon said in a statement early Monday after the video surfaced showing local members using a racial slur to chant that African Americans would never get into the frat. “Furthermore, we are embarrassed by this video and offer our empathy not only to anyone outside the organization who is offended but also to our brothers who come from a wide range of backgrounds, cultures and ethnicities. This type of racist behavior will not be tolerated and is not consistent with the values and morals of our fraternity.”

It’s far from the first time SAE has had to apologize, though both it and the university — whose president condemned the frat as “disgraceful” Monday — moved notably fast, even for a time when reports of sexual assault at campus frat houses have the larger community of Greek organizations sensitive to scandal. Dave Westol, a risk-management consultant for Greek organizations, says he’s noticed national fraternities have generally been quicker to close chapters in recent years. “The tolerance at universities for boys who will be boys has diminished considerably,” he says.

And SAE, by some measures, has one of the worst reputations in the country.

In 2013, Bloomberg published an investigation showing that SAE led national fraternities in the number of hazing deaths. From 2006 until December of 2013, SAE saw nine fraternity-related deaths, according to the report. One of the deaths involving a freshman at California Polytechnic State University resulted in a settlement that required SAE to publish a list of disciplinary actions taken against the fraternity by universities.

SAE’s website lists 133 health and safety incidents from 2010 until now, including three incidents already in 2015. Last month, SAE suspended one the oldest chapters with nearly 150 years of history at Furman in South Carolina for “hazing through forced alcohol consumption during bid-night activities,” according to a statement.

Founded in 1856 at the University of Alabama, SAE has 219 chapters and some 200,000 living alumni. In 2013, the national president of SAE, Bradley Cohen, announced the frat would shorten the weeks-long pledging process to a matter of hours, in an attempt to eliminate hazing. “Our insurance premiums have skyrocketed and, as a result, we are paying Lloyd’s of London the highest insurance rates in the Greek-letter world,” Cohen wrote in the statement. “Universities have been denying us the opportunity to colonize on their campus, and we have had to close 12 chapters over the past 18 months for hazing or hazing-related situations.”

The worst abuses in the Greek system at SAE and elsewhere result from a poor management structure, says Douglas Fierberg, an attorney who specializes in fraternity misconduct and won the settlement for the family of the student at California Polytechnic State University. “It’s a fundamentally flawed management system,” he says. “All chapters are basically managed by themselves. Fraternities have an extreme belief in self-management, and that means removing ability of national leaders to manage the day-to-day affairs of the chapter.”

In the statement early Monday, Cohen said he was “not only shocked and disappointed but disgusted by the outright display of racism in the video. SAE is a diverse organization, and we have zero tolerance for racism or any bad behavior.” 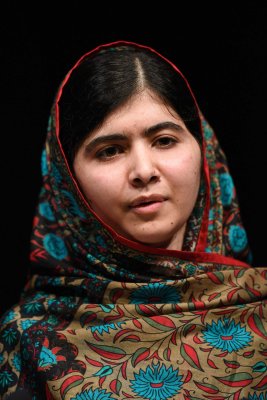 All Girls Deserve Education Beyond Primary
Next Up: Editor's Pick