Everything We Just Learned About the Apple Watch

Apple gave more details about its upcoming smartwatch, the Apple Watch, at a press briefing in San Francisco Monday. Some six months after unveiling the device, CEO Tim Cook filled in many of the blanks, such as how much various versions will cost and how long the built-in battery will last.

Cook revealed more about the device’s price. The Watch, which comes in three distinct lines and various metals, is the most customizable device the company has ever sold. The entry-level Watch Sport will cost $349 and $399, depending on the size of the body, 38 millimeters or 42 millimeters. The mid-tier Watch collection will range from $549 to $1099. The top-of-the-line Watch Edition will retail for $10,000 and up. Cook said the later device will be available in limited quantities and only in certain stores.

Apple will begin taking Watch pre-orders on April 10, and is planning to offer a preview program to let customers try the devices on in stores. The Apple Watch will go on sale April 24.

Cook also reviewed the device’s major features, including receiving and making phone calls, reading email, making wireless payments, controlling the music on a connected iPhone, and tracking exercise. Apple’s CEO touted features that let two Apple Watch owners send each other animated messages and imprints of their heart beats. Many of those features had been presented last year.

The Apple Watch will be able to run third-party apps, much like iPhones and iPads, and the firm showed off a few new examples. Kevin Lynch, the company’s vice president of technology, demonstrated a weather application powered by The Weather Channel. Another, messaging app WeChat, works on the Watch much like it does on a smartphone, allowing users to send one another text and images. Other apps included Facebook’s Instagram, ride-hailing app Uber, music app Shazam, and a ticketing system for American Airlines.

Lynch said the Watch connects to a user’s iPhone over both Bluetooth and Wi-Fi, meaning the phone doesn’t necessarily have to be in close range of the watch to provide data connectivity.

Cook for the first time showed off the company’s Apple Watch iPhone software, which will allow users to download apps for the device and configure their wearable via their phones.

He also addressed the Watch’s battery life, one of the device’s biggest unanswered questions. He said the device would last 18 hours on a single charge.

Cook showed a video of former model Christy Turlington using the device. She wore the Watch during a half marathon she ran for charity in Africa. She spoke about how the device tracked her run, including distance and pace. In a departure from previous Apple presentations, Turlington then came on stage wearing the device to give a testimonial. “We want to the Apple Watch to help you prepare for your next marathon,” Cook told her.

Read next: The Apple Watch Edition Not Only Tells Time, It Also Tells Plenty About You 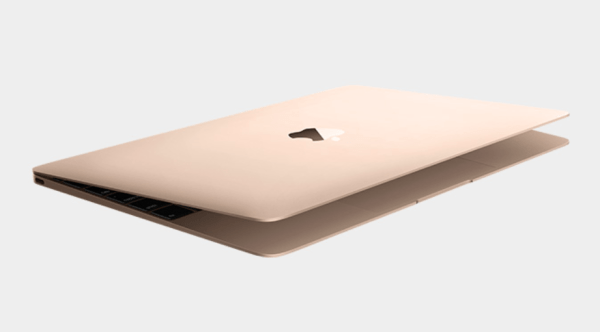