Jussie Smollett, the actor who plays aspiring musician Jamal on Fox’s hit Empire, has come out as a gay man, telling Ellen DeGeneres on her talk show, “There’s never been a closet that I’ve been in.” This puts to an end speculation that’s grown more and more pointed since Empire began its run — but moreover, it’s yet another iteration of a low-key style of coming-out that’s become the recent vogue.

Consider that Smollett’s coming-out didn’t take place during his planned segment. Asked about his personal life, Smollett first blandly told DeGeneres, “What’s happening in my life, it’s been great” — reminiscent of Ricky Martin, pre-coming-out, telling Barbara Walters simply that he “live[d] la vida loca!” It was the sort of non-denial denial that serves primarily to stoke speculation. So in a segment filmed backstage after the official taping, Smollett decided to address the topic head-on, saying in a segment taped backstage, “I don’t talk about my personal life, I’m saying that. But it is in no way to hide or deny who God made me. You know?” It was clear, in his simple and straightforward statement, that he’d spent time thinking about the meaning of his words, and of his silence.

The longstanding taboo among legitimate press outlets against describing someone as gay before they’ve declared themselves as gay has had a silencing effect such that that calling someone gay is not automatically defamatory. Most people curious about Smollett’s sexuality are curious not because they are looking for ways to mock or demean him; people are curious because, as an actor, he’s playing out among the most provocative, frank, and relatable gay plotlines on television right now — one that has seen him try to conceal his boyfriend from the public as well as missing out on opportunities because of his father’s disapproval. His refusal to talk about his personal life has been completely understandable, and has had the practical effect of adding awkward asterisks to any real conversation about that plotline.

Empire, after all, makes the point week after week, through Jamal’s music and his struggle to come to terms with his father, that sexuality is not solely in the domain of the “personal.” It helps to define a person’s outlook as a creative thinker, as well as their place in society. Some will quibble with Smollett’s wording, but his acknowledgment of his sexuality as a simple identifying fact distinct from the private life he seeks to shield is fairly sophisticated, as is his identifying Ellen DeGeneres, the ultimate gay crossover star, as the right interlocutor.

By publicly stating that he is gay, Smollett has put an end to the strange obfuscation that’s existed around Empire’s stance on sexuality. He’s also, encouragingly, positioned himself as a gay man whose sexuality is only a part of the story. Like Anderson Cooper or Tim Cook before him, Smollett reached a point at which denial was no longer realistic, and finally came out in as low-drama a manner as possible. Now fans can go back to obsessing over the histrionics onscreen. 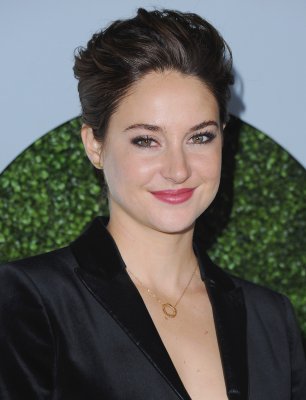