How Not To Raise a Narcissist

If you can’t figure out where your uber-beautiful, ultra-exceptional 7-year-old’s selfie obsession came from, maybe it’s time for some self-reflection. Should you put the brakes on all that love and affection and take the kid’s self esteem down a notch? Or do you just need to remind the kid that he or she is sooo much better than other kids that narcissism is unnecessary?

The answer to both questions is a definitive no. According to new research out of the Netherlands, overvaluing the awesomeness of your kid is partly to blame for raising nasty little narcissists. Withholding affection, on the other hand, lowers the kid’s self esteem, but does nothing to affect narcissistic tendencies.

Eddie Brummelman, a postdoctoral researcher at the University of Amsterdam, wanted to test out two competing theories of where narcissism comes from. One school of thought holds that kids become narcissists when their parents withhold warmth and affection; by putting themselves on a pedestal, the theory goes, they get the approval their parents never gave. Another theory blames parents at the other end of the spectrum: when they overvalue their kids’ abilities, leading their kids to internalize their own supposed exceptionalism.

What’s so wrong with a little narcissism? The field of research is new, but some evidence suggests that narcissistic kids are more aggressive than other children and more prone to addiction, Brummelman says. “When they don’t get the admiration they want, or when they’re criticized or rejected by others, they tend to become more aggressive,” he says. It’s not pretty in adults, either. Full-grown narcissists, of course, don’t often have the best social and relationship skills.

For a year and a half, Brummelman and his colleagues questioned 565 children in the Netherlands aged between 7 and 12—when signs of narcissism first start to emerge—about how much love and affection they felt from their parents. The researchers also surveyed the parents, asking them the degree to which they believed their child was more special and entitled than other kids.

The results were clear. When parents overvalued their children, believing their spawn to be more special and entitled than others, those children were more likely to be narcissists.

MORE: Why Men Are More Narcissistic Than Women

“Children become more narcissistic when they are put on a pedestal—when they are given the feeling that they are more special, more entitled and more unique than others,” Brummelman explains.

They also found evidence of a much healthier kind of internalization. Kids had higher self esteem—the feeling of being happy with oneself as a person—when their parents showed them affection and appreciation. Treating your kids with warmth seems to make them internalize the notion that they’re valuable as individuals. Withholding affection, on the other hand, had no effect on narcissism.

The field of childhood narcissism is so new that scientists haven’t yet come up with science-backed parenting advice to combat it. But Brummelman says that clinicians are looking into effective defenses. “One approach, given our findings, might be to teach parents to express warmth and affection to children in a way to raise their self esteem without putting children on a pedestal, without conveying to them that they’re more special and more entitled than others,” Brummelman says.

For the most interesting and useful parenting news of the week, sign up here for TIME for Parents, a free weekly newsletter from TIME. 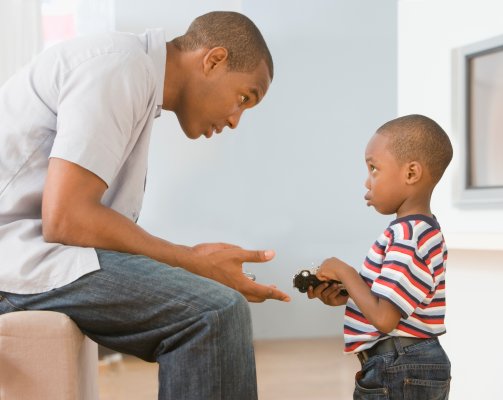 How to Parent Like an FBI Agent
Next Up: Editor's Pick