A woman holds an anti-fracking sign as a group of demonstrators gather for a rally for a Global Climate Treaty on Dec. 10, 2014 in New York City.
DON EMMERT—AFP/Getty Images
By Thomas Miller / Oilprice.com

One could argue America was conceived from intense frustration that ultimately led to separation. Fed up with what they perceived as excessive control by the Crown, colonists to the “New England,” in essence, seceded in 1776, and thus the United States was born.

Now, there is a renewed and growing secession conversation brewing in the New England region, this time fueled by a commodity: Natural gas. Infuriated by Governor Andrew Cuomo’s December decision to permanently instill a ban against hydraulic fracture stimulation, or fracking, residents in 15 communities in the Southern Tier of New York are discussing the possibility of redrawing the border between New York and Pennsylvania.

Most affected are communities that lie along the east-west line between the Empire and Keystone states. Dairy farms dot the landscape, and in Pennsylvania, where fracking is encouraged, farmers are building new barns, buying new equipment and communities are adding schools and hospitals. In contrast, only a few miles to the north, farms that have been in families for generations lie dilapidated. Equipment is old, and there are few signs of construction.

Karen Moreau is the Executive Director of the New York State Petroleum Council and is passionate about the plight of these residents. “He (Governor Cuomo) wiped out the hopes, the dreams, the opportunity for economic salvation for thousands and thousands of struggling farm families, rural communities and others who have stood by, civilly waiting, expecting the government to do the right thing, to do the honest thing, and instead this is what they were given,” she said.

Moreau characterizes the stark difference on either side of the state line as “East Berlin and West Berlin,” citing added burdens of excessive property taxes and some of the most expensive natural gas in the country. “For a 200 acre dairy farm with a modest home and buildings that aren’t so great, the property taxes are $20,000 a year,” she says. “Even though they have all this natural gas in the ground, they really don’t have any infrastructure, so their energy costs are among the highest in the nation as well,” Moreau added, saying it’s not unusual for families to burn wood to provide heat.

Cuomo instilled the permanent ban on December 17, 2014 following comments by acting health commissioner, Dr. Howard Zucker who said, “I consider the people of the state of New York as my patients. We cannot afford to make a mistake. The potential risks are too great, in fact they are not fully known.”

A recent Quinnipiac University poll indicated most New York voters agree with the Governor’s decision by a 55-25 percent margin.

In a double-blow to Southern Tier residents, on the same day Cuomo instilled the permanent fracking ban, the state also shot down two applications for casinos in the region.

Although acknowledged as a long shot, state legislator, Republican Tom Libous of Binghamton, mailed a survey to his constituents asking if they were interested in secession. Realigning state lines would require coordinated efforts from both state legislatures and the federal government. Meanwhile, these New Yorkers will continue to look across the border and will observe continued economic prosperity through the years, realizing the only thing separating them are a few very long miles. 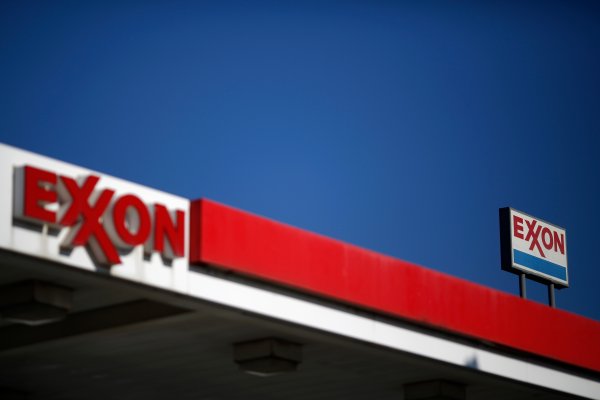 How $8.9 Billion Became $250 Million in the Exxon Lawsuit
Next Up: Editor's Pick