To help commemorate the 50th anniversary of the march on Selma, Alabama, John Oliver focused his Last Week Tonight ire on a topic that does not tend to generate headlines: voting rights for the U.S. island territories — that is, the U.S. Virgin Islands, Puerto Rico, Guam, American Samoa, and the Marianas Islands.

According to Oliver, there are 4.1 million people living in Puerto Rico and the island territories. Of that population, 98.4% are racial or ethnic minorities, none of whom have the right to vote in U.S. elections. According to Oliver, the more you look into the reasons that the U.S. territories don’t have voting rights, the harder it is to understand why these dated laws have not been changed. Way back in 1901, it was said that the island territories were inhabited by “alien races” that couldn’t “understand Anglo-Saxon principles” and thus were denied the vote. That hasn’t changed, despite the fact that even at the time, American legal thinkers thought that the territories’ lack of voting power should only last for a limited time. Fast forward 114 years and the U.S. citizens living on these territories still can’t vote, which Oliver compares to failing to update your computer operating system for over a millennium.

To bolster his argument that many U.S. citizens don’t understand the relationship between the 50 states and the U.S territories, Oliver showed clip after clip of news sources reporting that U.S. Supreme Court Justice Sonia Sotomayor was the child of Puerto Ricans who “immigrated” to the United States. As Oliver says, “If Puerto Ricans are immigrants, so is anyone who moves anywhere.” Despite the fact that Puerto Ricans are U.S. citizens—and has more U.S. citizens than 21 states— they can’t vote for president, have no representation in the U.S. Senate and send only one non-voting delegate to the U.S. House. Oliver compares this status to letting a six-year old “vote” on where to spend the family vacation.

But Puerto Rico is lucky compared to some of the other U.S. territories. American Samoans aren’t even automatically granted U.S. citizenship, which, according to Oliver, renders the “American” part as moot as the phrases “social media expert” or “People’s Choice Award nominee.” Instead, they’re considered U.S. nationals, but not citizens. Over on Guam, 27% of the island is occupied by U.S. Navy and Air Force bases, and a staggering high number of Guam citizens are veterans of the U.S. military, but they still have no voting rights. Despite that, Guam holds a straw poll every presidential election and has higher voter turn-out than any other U.S. state — you know, the ones whose votes actually count.

It’s a valuable civics lesson and an important reminder to ask — if you don’t mind cribbing a line from Oliver — how is this still a thing? 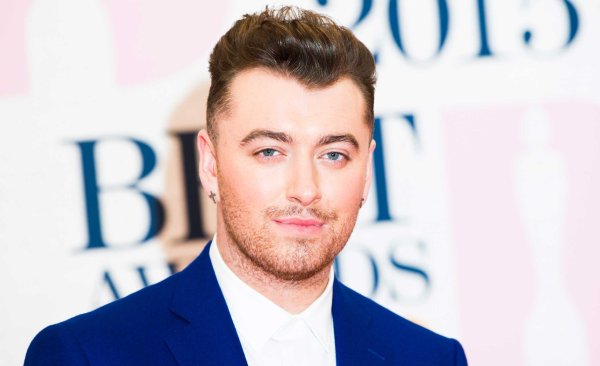 Sam Smith and John Legend Team Up For Charity
Next Up: Editor's Pick