I am ashamed of the way that I am on Twitter, and my clearest consolation is that I am far from alone. Indeed, there are others, so many others, whose shame is surely greater than my own. Justine Sacco, a corporate communications executive, faced public derision after an ill-advised, and seemingly racist, tweet spread across the site in 2013. Sacco has recently returned to the public eye thanks to a widely circulated New York Times Magazine story by the journalist Jon Ronson, offering a powerful reminder of just how easy it is to get into trouble online, and just how long the effects can last. Her experiences might have taught a thing or two to Keith Olbermann, who was forced into a leave of absence last week after he took to Twitter to abusively spar with Penn State students and alumnae over their charity efforts.

When we revisit such self-destructive lapses, we almost always talk about the spectacle of public shaming rather than the experience of being ashamed. Unnoticed in these scandals is the fact that Twitter evokes some of shame’s fundamental characteristics long before anyone actually gets into trouble. On Twitter, we tango with shame from the moment we first log on to the day we delete our accounts. If Twitter has become a powerful tool for shaming others, it may be because it recreates the basic shape of shame so well.

Shame, it often seems, has more to do with proximity than isolation. The psychologist Silvan Tomkins, for example, positioned shame in opposition to excitement and interest, suggesting that we encounter it when we get too caught up and need to pull away. We feel ashamed when we worry that others are too close to us, too close for us to hide the parts of ourselves that we dislike. Worse still, they are too close to see the whole person: Peering at us through magnifying glasses, they observe only our ugliness.

To put it another way, then, shame is all about exposure, and on Twitter exposure is the fundamental currency. Some of my friends speak of deleting tweets that failed to garner attention. I confess that I’ve done the same, eager as I am to curate an image of myself at my cleverest and most popular. I, at least, worry that my unnoticed tweets (and there are so many of them!) show me to be out of sync with the world. When I write something—whether clever or heartfelt—and get no response, my first feeling is not one of loneliness. Instead, I worry that I’ve actively shown myself to be out of touch with those around me. Tell an unfunny joke at a party, and only a few people will roll their eyes; make the same mistake online and the eye rolling is potentially unlimited.

At its core, shame involves a feeling of misattunement, the lingering sensation that we’re up to one thing while the rest of the world is doing something else altogether. Precisely because it promises to connect us with everyone at once, Twitter almost inevitably exposes us to this exact sensation of misattunement. On Twitter, we always teeter on the brink of shame—both because no one sees us and because too many do. Thinking we have the world’s pulse, we speak up, only to realize we’re drumming in an altogether different rhythm. What could be more shameful than that?

Perhaps because they always tarry with shame, Twitter’s users carefully police the act of shaming, treating it as a privileged tool and punishing those who employ it incorrectly. Keith Olbermann, for example, arguably ran into trouble for trying to make others feel bad about their conduct. Some have offered psychologizing explanations for Olbermann’s own behavior, but his true mistake may have been his decision to go after the Penn State collective as a whole, even when he was addressing individual students. As Jennifer Jacquet notes in her new book Is Shame Necessary, “For the reason of increased anonymity in larger groups, shame can be weaker in big groups.” Because shame has everything to do with isolation, it is difficult, if not impossible, to use it against a group that sees itself as a coherent whole. Unable to isolate his targets, Olbermann effectively ostracized himself.

We never feel smaller than when we stand alone, never more so than when the world arrays itself against us. By insisting on pithiness, Twitter only amplifies this sensation of smallness. Simultaneously, it proves that nothing looms as large as a few short characters. This is, of course, an old idea. Long ago, the German Romantic philosopher Friedrich Schlegel proposed that fragments are interesting because they point toward absent wholes, thereby activating the imagination. Paradoxically, this allows fragments to promise more than any complete object can. An intact ancient vase teaches us about the hand that shaped it, while a broken one can tell the story of an entire civilization.

A tweet, likewise, threatens to describe the person who composed it rather than the conditions of its composition. Speaking to Vulture, Jon Ronson observes, “We’re creating a hard, frightening world where somebody can get defined by their stupidity, as opposed to their stupidity being put into a sort of wider human context.” Ronson’s forthcoming book So You’ve Been Publicly Shamed seeks to counteract this trend by examining the experiences of the shamed, not just the things that made them targets. Nevertheless, shame may be embedded within the very tools we use to communicate today, especially those that privilege speed and brevity.

I am ashamed of the way that I am on Twitter and you probably are too. I am ashamed of all those little fragments of me, all those splinters of a self. And yet there is a consolation in this. When we’re in the thick of it, shame blots out everything else. But Twitter reminds us just how small most of the things that shame us really are.

Jacob Brogan is a writer based in Washington, D.C, currently working on a book about the cultural history of lovesickness. He is too ashamed to ask you to follow him on Twitter. He wrote this for Zocalo Public Square. 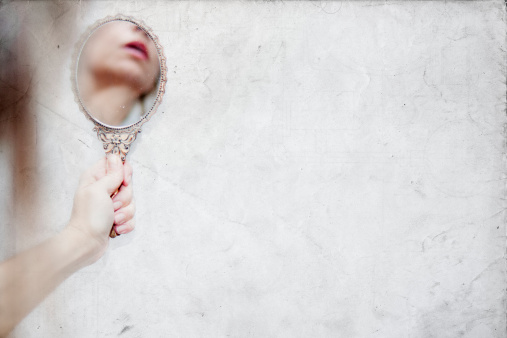 How 'Fat Monica' on Friends Stuck With Me All These Years
Next Up: Editor's Pick