Updated Wednesday, April 8: The Photos app is now available for download with the OS X 10.10.3 update.

All I wanted to do was save a few videos onto my iPad for a presentation.

But, already, I’m getting ahead of myself. A few days ago, I downloaded the Mac OS X 10.10.3 Beta, Apple’s not-yet-ready for launch operating system. It packs many improvements, the most noteworthy being an entirely revamped photo managing interface. Gone is Apple’s multi-prong photo solution that included Aperture for the experts and iPhoto for the rest of us. In its place is a new Photos app, which takes many a nod from its iOS counterpart.

Upon first glance, the new Mac Photos app is an enormous improvement when it comes to handling massive amounts of images. And let’s face it, after six generations of iPhones, with high-quality DSLRs and action-cams aplenty, most of us have more pictures than we’ll ever need, let alone look at again. I personally have more than 15,000 in my library.

This app makes you fall in love with your forgotten photos all over again. Using the Mac’s touchpad, you can pinch and spread your fingers to zoom out and in on your images, respectively, just as you would if you were browsing your photos on an iOS device. The most impressive part of the interface is how it renders your pictures instantly, turning icon-sized images into full-fledged photos in a snap.

But as with any update, I had this nagging feeling that Photos somehow didn’t have all my pictures in it. I couldn’t think of anything I was necessarily missing (and truth be told, I had excised a chunk of about seven years from my cache), though it didn’t seem possible that Photos could be this good at displaying, reordering, and resizing all 15,000 of my memories at once. But without any specific photo missing, I just shrugged and moved on.

Fast forward to a couple of days later, and I’m trying to save a few Dropcam videos onto my iPad to show during a presentation. While these movies can be viewed within the Dropcam app, it’s never safe to assume there will be functional Wi-Fi when you’re giving a presentation, so I decided to save them to my device. But that wasn’t possible through the Dropcam app, so I had to save them using Safari on my Mac. Then I figured I’d import them onto my iPad using Photos. (Dropcam engineers: Note, while it’s possible to share these videos and download them on other devices, it’s not possible to save them direct to an iOS device. Please fix this.)

It was at this point when I noticed the current pitfalls of Apple’s new Photos app. With my iPad plugged into my Mac, I scrolled through my photos, realizing these were not the photos on my iPad. In fact, there was no mention of my tablet on the user interface. I clicked on the app’s various tabs, and finally came across my iPad’s library when I clicked on the “Import” button. But the only thing that would let me do was copy the images on my iPad onto my computer — so that’s what I did, requesting they be deleted from the device once uploaded. That actually never happened; my iPad still has the images on it, even though they were imported to my Mac’s photo library.

I clicked on Photo’s “help” menu, and navigated down to the “Photos Quick Tour” option, only to discover that it’s “coming soon.” This is understandable for a beta app, if still disappointing. And it was then that I realized what was missing between Photos and iPhoto: a sidebar.

One reason Photos seems so slick and fluid is that it looks like an iOS app: simple, single-screened, and singularly focused on displaying your images. iPhoto, for all its clunky faults, had a file manager-like sidebar that allowed users to make albums, drag-to-copy photos, and quickly navigate to file formats like videos or the last batch imported. As Photos’ first glance turned into stone-cold reality, it seemed like the new app had forsaken all of these crucial features.

After a few more seconds of poking through the app’s menus, I was relieved to see that Apple included a sidebar after all — it’s just turned off by default. Relieved, and ready to love Photos again, I dragged my videos onto the iPad icon only to — wait, this can’t be! — the app wouldn’t copy my video onto my iPad.

More web-based troubleshooting ensued, and I discovered that to save a video onto your iPad, you have to use iTunes, Apple’s music app which is mostly used for buying songs, apps and movies. Think about that sentence for a moment, and maybe give it another read if you need to. And what’s worse, once you’re in iTunes, you select your iPad and then the Photos setting to import your video. (Also, once videos are copied to the tablet, they don’t appear in the Videos app — they are placed into the Photos app, mixed in with your pictures.)

It’s so disheartening to be critical of Apple’s new Photos app, especially when iPhoto is so outmoded that it needed to go to pasture years ago. But this experience, while mixed, shows how much further Apple has to go before it untangles the knot introduced by its two distinct operating systems. Technologies like Yosemite’s Continuity show the potential of a realm in which all Apple devices work in harmony, but the reality, once you start using it, is still a lot of discord. Hopefully Apple’s Photos app will be more polished when it’s released to the public, expected to happen in the next few months. 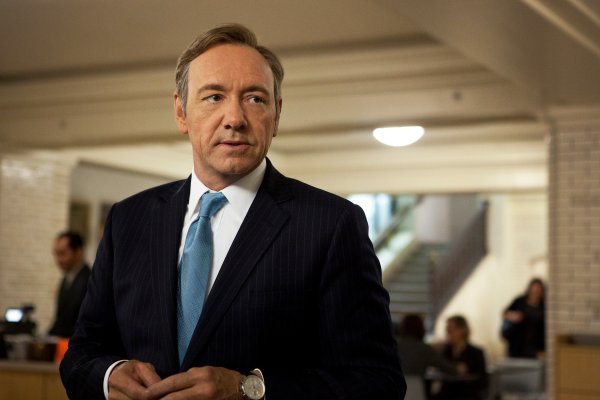 Sales of Frank Underwood's Favorite iPad Game Are Skyrocketing
Next Up: Editor's Pick