She claimed she would offer a combination of “the by-the-book common sense of Dear Abby and the earnest spiritual cheesiness of Cary Tennis and the butt-pluggy irreverence of Dan Savage and the closeted Upper East Side nymphomania of Miss Manners.”

It became clear after a while that she was an advice columnist unlike others: intimate and frank, dispensing advice built on a foundation drawn of deep personal experience.

Slowly over the next two years, we learned a little more about her until eventually Sugar formally introduced herself as Cheryl Strayed. Strayed is the author behind the book Wild: From Lost to Found on the Pacific Crest Trail. I remember reading this book cover-to-cover on a flight. When the pilot announced that we’d be circling Heathrow for 20 minutes, I was the only one happy. I only had a few pages left.

“But it’s a memoir with an agenda,” Strayed’s friend Steve Almond writes in the introduction, “With great patience, and eloquence, (Sugar) assures her readers that within the chaos of our shame and disappointment and rage there is meaning, and within that meaning is the possibility of rescue.”

One of my favorite letters, the one for which the book is titled, comes in response to this question.

Think, dear reader, for a moment on what you would respond before continuing. Here is what Sugar, or should I say, Cheryl, had to say.

These words will touch your soul.

“Tiny Beautiful Things will endure as a piece of literary art,” Almond writes, “as will Cheryl’s other books (Torch and Wild), because they do the essential work of literary art: they make us more human than we were before.” 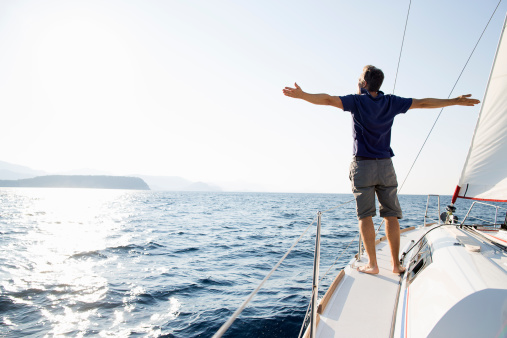 Here’s How to Scientifically Train Your Mind to Be Happy
Next Up: Editor's Pick