Audio has emerged of Harrison Ford’s communication with an air traffic controller, moments before the actor’s vintage fighter plane crashed on a golf course.

The recording begins with Ford calling out to the air tower right after taking off that he has an engine failure and wants to return to the runway right away. The controller responds that Ford is clear to land on the runway he came from, though he wasn’t able to navigate back to that point. Another pilot then calls in that he is ready to land, and the controller tells him to circle away from the airport in order to give Ford more time to land if he can.

Ford is reportedly in stable condition and expected to make a full recovery.

The actor, who will reprise his role as Han Solo in this year’s Star Wars sequel, is an experienced pilot. His flying hobby was the subject of a short documentary, Harrison Ford: Just Another Pilot, in 2002. 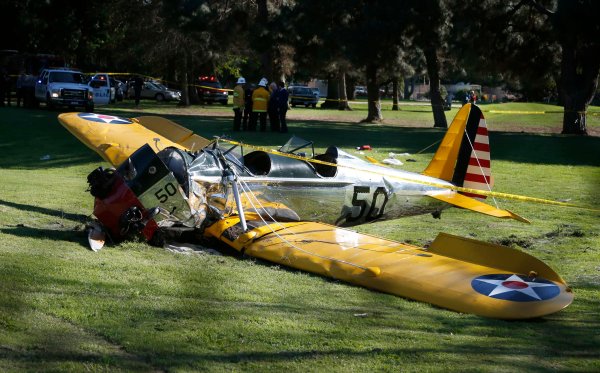 Harrison Ford in Plane Crash
Next Up: Editor's Pick