The 5 Biggest Video Game Announcements You Missed This Week

The Game Developers Conference currently transpiring in San Francisco wraps up Friday, meaning all the major announcements have already dropped. If you missed the show or didn’t catch all the news, here’s a recap of the highlights.

Steam Link, due in November, was arguably the show’s biggest tech revelation — especially if you’re a PC gamer, because it means that for a trifling $50, you can pipe games from Valve’s Steam library to any screen in your house essentially lag-free.

Valve’s Steam is the de facto way to play games on a PC, with a digital library of nearly 4,000 titles and membership topping 100 million. The company—otherwise known for first-person blockbusters like Portal, Half-Life 2 and Counter-Strike—has been making a protracted bid to capture a more substantial share of a pie traditionally dominated by console-makers like Sony, Microsoft and Nintendo. And for another $50, you can add the company’s forthcoming PC-Steam Controller (also due in November) to the party.

Not to be confused with the $250 Shield Portable, a gamepad with a flip-screen that Nvidia launched mid-2013, Nvidia’s Shield hopes to fill a gap somewhere between a Roku or Apple TV and a high-end games console or PC.

The only catch: it’ll cost $200, which means Nvidia has to lure a demographic that may or may not exist or materialize once the Shield arrives this May.

I know, “Not another one.” But that’s where we are with virtual reality in 2015: everyone’s jockeying for air time. HTC and Valve’s take is called the HTC Vive (HTC leading, Valve consulting), and pairs wand-like, handheld controllers with a fairly standard-looking, fully wraparound headset that plugs into your PC and outputs 1080p visuals to each eye.

The wrinkle: the headset tracks where you are in a much larger space, so you can move around instead of standing in place, assuming they figure out how to make the headset wireless (and, you know, put you in a room without trip hazards). Will the Vive include a little speaker that goes “Beep! Beep! Beep! Beep!” like the warning system in a vehicle when you get too close to a wall?

Sony’s take on virtual reality was kind-of-sort-of supposed to arrive in 2015 (chalk that up more to wishful thinking on the part of the press). Thus there was some predictable sighing and hand-wringing when the company announced Project Morpheus, a VR headset for the PlayStation 4 and PS Vita, will now arrive in the first half of 2016.

Hey, at least Morpheus has a release timeframe. That’s more than Facebook/Oculus (Oculus VR), HTC/Valve (HTC Vive) and Razer (OSVR) can say (to be fair, the Oculus-powered Samsung Gear VR is reportedly coming by the end of 2015).

At last check (in early January), Sony said it sold 18.5 million units through December 2014. At GDC this week, it bumped that figure to 20 million units sold through February 2015, still shy of the PlayStation 4’s one-and-a-half year anniversary. Rebutting gloomy analyst predictions about this generation of console gaming, the PS4 is the fastest selling video games console in history. 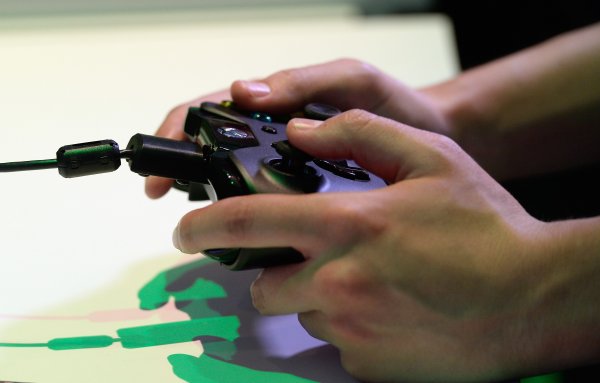 4 Reasons Why Video Game Consoles Will Never Die
Next Up: Editor's Pick