Chelsea Manning Can No Longer Be Called 'He' by the Military, Court Rules

Chelsea Manning is pictured dressed as a woman in this 2010 photograph obtained on August 14, 2013
Reuters
By Sabrina Toppa

The U.S. military is now required to refer to soldier Chelsea Manning with a feminine pronoun or the gender-neutral Private First Class Manning, according to a new court order.

Manning, who is serving a 35-year sentence in a Kansas prison for releasing classified documents to WikiLeaks, is undergoing gender reassignment from male to female. She legally shed her masculine name, Bradley, in 2014, but in January the government objected to Manning’s decision to adopt female pronouns in filings, saying the 27-year-old was banned from doing so.

“Unless directed otherwise by this honourable court, the government intends to refer to [Manning] using masculine pronouns,” the government said last month.

However, a court order now says that Manning cannot be referred to as a “he.” Lawyers have long alleged that Manning’s gender dysphoria has been trivialized and discounted by officials, barring the Oklahoma native from accessing the critical medical attention she needs.

Transgender individuals are still not permitted to serve in the U.S. military.

According to Manning’s legal adviser Nancy Hollander, the new ruling is “an important victory for Chelsea, who has been mistreated by the government for years.” 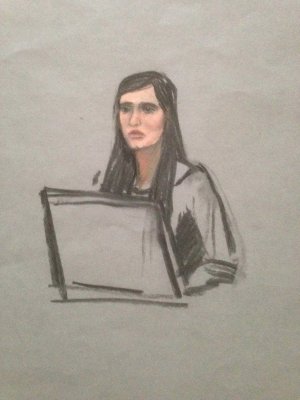 Boston Bombing Survivors Give Testimony
Next Up: Editor's Pick