You’re probably sick of “Uptown Funk” parodies by now, and we understand that, but this one is actually pretty good. YouTube star Mikey Bolts, best known for impressions and music video parodies, recreated the song using the voices of Family Guy characters and it somehow kind of …works.

The video took Bolts about 15 hours to record, he said on Twitter. He sings most of the song using the voices of Peter and Stewie but brings in lots of other characters, so it’s understandable that it would take him many hours to complete. 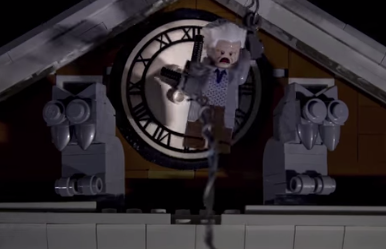 Great Scott: Here's Back to the Future's Best Scene Remade With LEGOs
Next Up: Editor's Pick