Under the proposed House bill, the government would need to have a “reasonable and articulable suspicion that an individual phone number is associated with terrorism” before asking telecommunications companies to provide it with other numbers connected to the suspect number. That process would take place under “significant court and congressional oversight,” the committee said. If monitoring requests are turned down, the secretive Foreign Intelligence Surveillance Court that approves wiretapping would be able to order the government to purge any metadata it received in the process.

House Intelligence Committee Chairman Mike Rogers (R-Mich.) and ranking Democratic member Dutch Ruppersberger (D-Md.) said their proposal serves the nation’s security interests better than Obama’s. While under Obama’s proposal—which he called on Congress to pass “quickly” Tuesday—court approval would be needed before a monitoring request is granted, the House bill would require that approval after the fact.

“We want to have a flexible system so that we can deal with something right away,” said Ruppersberger, whose district includes the NSA’s Fort Meade headquarters.

Ruppersberger and Rogers stressed their belief that the current program is legal and properly regulated, and said they were responding only to correct what they called misperceptions created by the massive leaks from former contractor Edward Snowden.

“Candidly, we’re changing the program based upon a perception, not a reality,” Rogers said, blaming both the media and members of Congress for spreading misinformation. “So what I get so offended about in this whole process is that those members who say the intelligence committee has run amok—I believe that many members of this House did not do their basic Constitutional function in not learning the true operation of these programs.”

Rogers didn’t predict when the bill might get a vote on the House floor, but Ruppersberger said they were “very, very close” to the White House’s proposal. Rogers also hit the brakes on any movement to reform PRISM, another Snowden-revealed NSA program that reportedly taps into the central servers of leading American Internet companies to track foreign targets.

“I don’t believe that foreign collection on foreign soil is something that we need to change,” Rogers said. “I think we would be foolish and irresponsible if we disrupted them for any political purpose.” 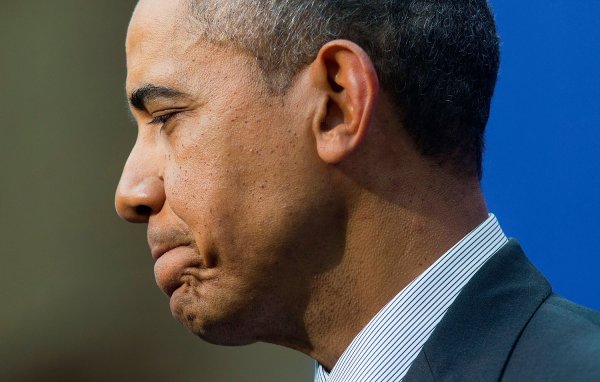 Obama to Congress: Hurry Up and Pass NSA Reform
Next Up: Editor's Pick