Why the Circus Is Saying Goodbye to Elephants

On Thursday, Ringling Bros. and Barnum & Bailey Circus announced they would phase out their iconic elephant acts by 2018. The decision was spurred by public concern about the treatment of elephants in circuses, and perhaps a growing understanding that being kept as an entertainment spectacle is emotionally damaging to the sensitive, intelligent animals.

Elephants are social creatures in the wild with close-knit family units. They even perform funeral rituals and spend weeks mourning their dead. So those that have long been in circuses and zoos can come to exhibit symptoms of depression, aggression or post-traumatic stress disorder, most likely as a result of the confinement and isolation.

In 2006, the New York Times article described the trauma elephants undergo in captivity: “Being kept in relative confinement and isolation [is] a kind of living death for an animal as socially developed and dependent as we now know elephants to be,” author Charles Siebert wrote.

There have been many reports of elephants in captivity experiencing abuse by their handlers. In 2011, Mother Jones published a year-long investigation into Ringling Bros.’ treatment of its elephants. Among its claims:

Feld Entertainment, owner of Ringling Bros, said that its elephants were in fact “pampered performers” who “are trained through positive reinforcement, a system of repetition and reward that encourages an animal to show off its innate athletic abilities.”

But apparently Ringling is slowly coming to understand that keeping elephants in bondage, animals with a highly developed emotional intelligence, places an uncomfortable mirror on humanity. The New York Times article describes a former circus elephant who had turned violent: “She and the others have suffered, we now understand, not simply because of us, but because they are, by and large, us.” 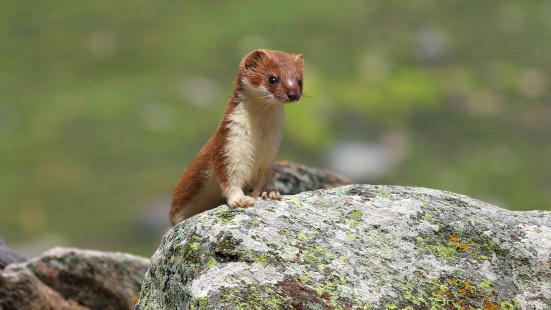