Miriam Thimm Kelle, left, whose brother James Thimm was tortured and killed on a southeast Nebraska farm in 1985, is hugged by Byron Peterson of Scottsbluff, after she testified in favor of a law proposal to change the death penalty to life imprisonment without parole, during a hearing before the Judiciary Committee in Lincoln, Neb., March 4, 2015.
Nati Harnik—AP
By Josh Sanburn

Nebraska legislators are considering a bill that would eliminate the state’s death penalty, receiving significant support from Republican lawmakers and family members of murder victims.

Dozens of people rallied at the Capitol in Lincoln, Neb., Wednesday night in support of a bill that would do away with death sentences,the Associated Press reports, and replace them with life without the possibility of parole.

More than two dozen relatives of murder victims signed a letter supporting the bill, saying that the time between a conviction and an actual execution can be painful for families who see their loved one’s name appear in the news during appeals and often decades-long delays.

Omaha Sen. Ernie Chambers, an Independent, has worked to eliminate the state’s death penalty for years but appears to have more support this time around, especially from Republicans who make up the majority of the state’s nonpartisan legislature. The Journal Star reports that seven GOP senators have signed onto the bill.

While the legislation will likely make it out of committee, the bill may still face a veto if passed from Republican Gov. Pete Ricketts, who has supported the death penalty in the past. 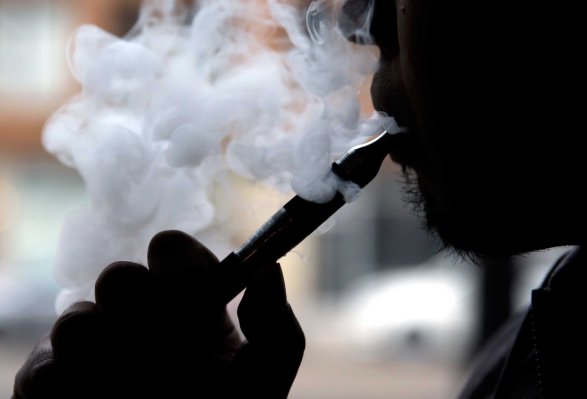 Indiana Moves to Regulate E-Cig Liquids
Next Up: Editor's Pick