Fading Hope and Little Help for Families of Flight 370 Passengers

A family member cries as she and other relatives pray during a candlelight vigil for passengers aboard the missing Malaysia Airlines Flight 370 at Lido Hotel, in Beijing, on April 8, 2014, after a month of searching for the missing aircraft
Jason Lee—Reuters
By Emily Rauhala / Beijing

Just under a year ago, in the parking lot of Beijing’s Metropark Lido Hotel, I met a woman wild with grief. It had been 19 days since Malaysia Airlines Flight 370 disappeared and she was looking, hysterically, for her missing son. A relative took her arm and offered water. “Rest,” they told her. “Nothing is certain yet.”

At the time, the words felt hopeful. Many of the families that gathered in Beijing that month held firm to the belief that their loved ones were out there, alive. But 12 agonizing months later, the plane is still missing and the families, suffering.

Of the 239 passengers and crew on MH370, two-thirds were Chinese. Their surviving family members say the trauma of what happened March 8, 2014, has been compounded many times over, first by the airline and the Malaysian authorities and, more recently, by the Chinese state.

In China, initial anger was directed at Malaysia Airlines’ handling of the crisis. At a protest on March 25, Chinese families marched on the Malaysian embassy, chucking water bottles at the gate. Though large protests are usually verboten in Beijing, local police officers let the demonstration go ahead. “Malaysia Airlines you owe us answers,” read one sign.

Chinese authorities were quick to echo this sentiment. Editorials in China’s state-backed press blasted the airline, and its home country, for what it characterized as a slow and ineffective response. When Malaysian authorities announced that the hunt for survivors was over, Deputy Foreign Minister Xie Hangsheng spoke out. “We demand the Malaysian side make clear the specific basis on which they come to this judgment,” he said.

In the early days at the hotel, plainclothes Chinese officials circulated among the families, keeping a close watch, but letting them vent. A statement issued by relatives on March 28 even praised Beijing’s response. “Fortunately, we are Chinese, and we deeply feel the solid support given to each family members by the Chinese government,” it read. “Our nation has made every endeavor to search for the passengers, and its determination to find out the truth has become a booster for each family member.”

But away from public view, the authorities turned on some of the families. As the months wore on and they continued to press for answers, they started to be treated like other aggrieved and vocal Chinese citizens — that is, with suspicion and hostility.

When Reuters journalist Megha Rajagopalan checked in with the families at six months, they reported being watched and harassed by Beijing police. Two people were beaten for publicly pressing for information, family members reported. (Beijing police have not addressed the charge.) When families gather at the suburban Beijing office set up to handle their quest for answers, they are warned not to gather in large groups, or else face detention.

At nine months, a videographer for the South China Morning Post met family members who were marching to the Chinese Foreign Ministry to ask for answers. “We haven’t received any information,” Liu Kun, brother of a missing passenger, said. “I found the Malaysia Airlines office but they ignored me, we reached the Malaysian government but they also brushed us off, even our own government doesn’t allow us to find our family members.”

The heartbreaking truth, of course, is that they may not be found and the families’ living nightmare will continue. A year on, certainty looks a long way off. 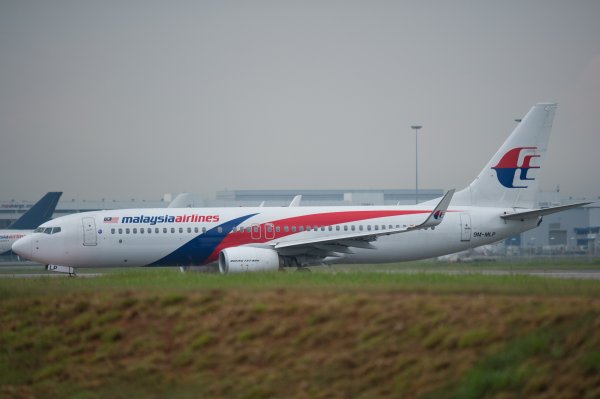