Likely Republican presidential candidate Ben Carson has apologized for saying that going to prison can make you gay.

On Wednesday morning, Carson was asked on CNN whether homosexuality is a choice. “Absolutely,” he replied. “Because a lot of people who go into prison go into prison straight — and when they come out, they’re gay.”

Later that day, Carson backed away from his comments in a statement emailed to reporters. “I do not pretend to know how every individual came to their sexual orientation,” he said. “I regret that my words to express that concept were hurtful and divisive. For that I apologize unreservedly to all that were offended.”

He then cited his scientific training as informing his views of homosexuality. “I’m a doctor trained in multiple fields of medicine, who was blessed to work at perhaps the finest institution of medical knowledge in the world. Some of our brightest minds have looked at this debate, and up until this point there have been no definitive studies that people are born into a specific sexuality,” he said. “We do know, however, that we are always born male and female. And I know that we are all made in God’s image, which means we are all deserving of respect and dignity.”

Carson said he supports “rights and Constitutional protections for gay people,” including civil marriage and the rights of states to sanction gay marriage. Carson has said in the past that he personally opposes same-sex marriage. “Religious Marriage is an oath before God and congregation,” he said in the statement. “Religious marriage must only be governed by the church. Judges and government must not be allowed to restrict religious belief.”

Carson has recently made several staff hires for his prospective campaign and is expected to announce his candidacy for president in May. 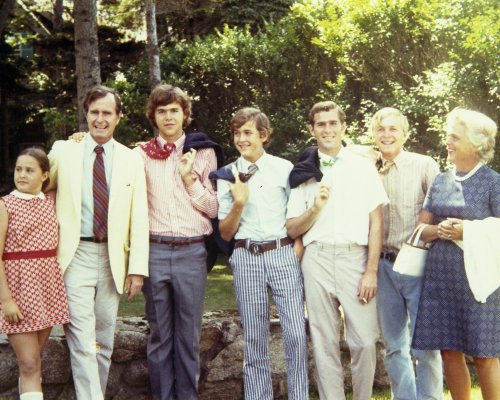 See Jeb Bush's Life in Photos
Next Up: Editor's Pick