Ice cream icons Ben Cohen and Jerry Greenfield (a.k.a. the dairy deities behind Ben & Jerry’s) are in favor of a new flavor idea.

In a recent interview with Huffington Post Live, Cohen and Greenfield were asked about the possibility of making a pot-infused ice cream. “Makes sense to me,” Cohen said. “Combine your pleasures.”

“Ben and I have had previous experiences with substances,” added Greenfield, whose namesake company makes flavors like Satisfy My Bowl and Dave Matthews Band Magic Brownies Encore Edition. “I think legalizing marijuana is a wonderful thing, rather than putting people in jail for not hurting anyone.”

Does that mean cannabis-flavored edible marijuana ice cream will be on the shelf next to Half-Baked and Cherry Garcia in Washington, Alaska and Colorado, where weed is now legal? Potentially, but it’s not up to Cohen and Greenfield, who sold the company to Unilever in 2001. As Greenfield describes, “It’s not my decision. If it were my decision, I’d be doing it, but fortunately we have wiser heads at the company that figure those things out.” 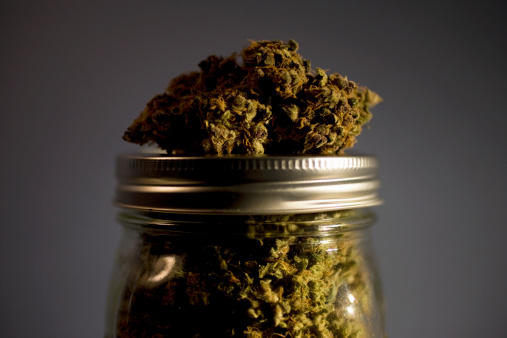 Man Arrested After Police Find Marijuana in Container Marked 'Not Weed'
Next Up: Editor's Pick