Seemed like a smart phone at the time.
Alamy
By Martha C. White

The FTC released its annual list of the top consumer complaints, and while there are some perennial gripes therein, there are also some new things consumers should watch out for.

Among the more than 2.5 million complaints, not including do-not-call complaints, identity theft once again takes the top spot—a position it’s held for 15 years running now. In 2014, 13% of the complaints the fielded by the FTC, state and federal agencies, consumer protection and other non-governmental groups pertained to identity theft.

Right behind it, debt collection complaints held onto the number two spot with 11% of the complaints, but a new entrant entered the third spot: so-called “impostor” scams.

Impostor scams are when someone calls and pretends to be from a government agency or other authority, usually the IRS, but not always. These scams often revolve around tax-related topics. The FTC says complaints about fake “IRS” agents was almost 24 times higher last year than in 2013.

“IRS employees won’t call out of the blue and threaten to have you arrested or demand specific methods of payment,” says Jessica Rich, director of the FTC’s Bureau of Consumer Protection. If the real IRS needs to get ahold of you about a tax bill, they know where you live — they’ll do it by mail.

Military personnel appear to be at a higher risk for impostor scams. While it was the third most common complaint overall last year, it was the second-highest complaint for military consumers.

“Whether it’s pretending to be the IRS during tax season, or making false promises of a lottery win, scammers are increasingly sophisticated in their efforts to deceive consumers,” Rich says.

Nationwide, more than half of fraud complaints originate with a scammer calling the victim; about a quarter of the contacts are initiated by email. Fraud pertaining to government documents or benefits was the most common kind, making up almost 40% of complaints. Prepaid cards and wire transfers were the most common ways scammers separated victims from their money. 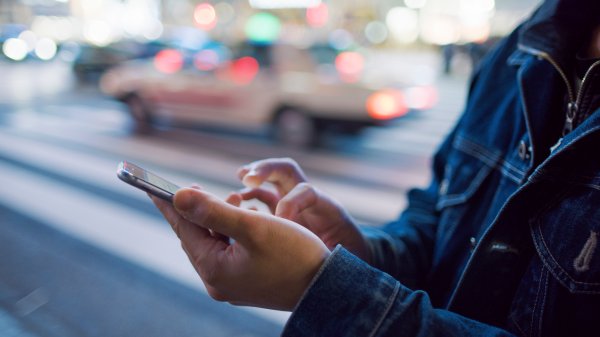 Almost Half Of all Cell Phone Calls Will Be Spam by Next Year, Tech Security Firm Warns
Next Up: Editor's Pick