Chairman of the Joint Chiefs of Staff General Martin Dempsey argued during a Senate hearing on Tuesday that the allegedly Russian-backed rebellion threatens to undo more than six decades of peace in Europe and could potentially splinter the NATO alliance.

“I think we should absolutely consider lethal aid and it ought to be in the context of NATO allies because Putin’s ultimate objective is to fracture NATO,” Dempsey told the Senate Armed Services Committee.

The general’s remarks echo similar pleas made in recent months by a plethora of top American foreign policy officials. The U.S. has already provided approximately $100 million in nonlethal aid to Ukraine, but has refrained thus far from directly arming the country.

However, experts question whether supplying Kiev with advanced weaponry would force the Kremlin to reassess its policy goals in Ukraine.

“Russia is not going to give up in Ukraine, because it is protecting its strategic interests in Ukraine,” Alexander Korolev, a research fellow at the National University of Singapore’s Lee Kuan Yew School of Public Policy, tells TIME. “Even if the costs of the conflict are very high for Russia, Russia will be willing to bear those costs.”

On Monday, the U.N. published a report claiming that an estimated 6,000 people have been killed and at least 1 million displaced since the pro-Russian uprising erupted in southeastern Ukraine last April.

“All aspects of people’s lives are being negatively affected, and the situation is increasingly untenable for the local inhabitants, especially in areas controlled by the armed groups,” said Zeid Ra’ad al-Hussein, the U.N. High Commissioner for Human Rights, in a statement.

Representatives from the Organization for Security and Co-operation in Europe reported this week that fighting in rebel strongholds in the Donetsk and Luhansk regions appears to be waning, after a tenuous cease-fire was inked in Belarus last month.

But during a press conference in Tokyo on Tuesday, Ukrainian Foreign Minister Pavlo Klimkin said lasting peace wouldn’t be achievable until Moscow returns the Crimea peninsula, which was annexed by Russian forces last March.

“There could be no slightest way of normalizing or getting back to business in the relations between Ukraine and Russia without returning to status quo and establishing full Ukrainian sovereignty over Crimea,” he said. 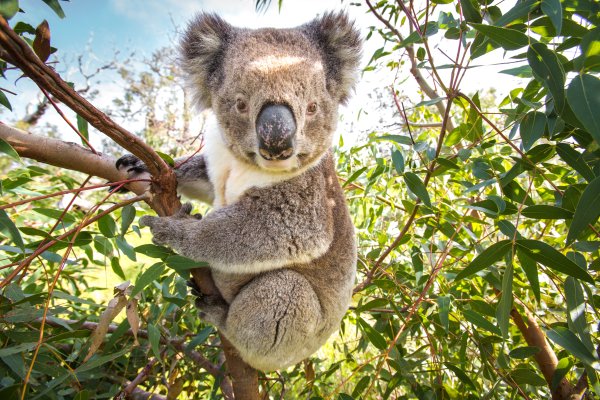 Nearly 700 Koalas Killed in Australia
Next Up: Editor's Pick