Sen. Barbara Mikulski, D-Md., the longest-serving woman in the history of Congress, speaks during a news conference announcing her retirement after her current term, in the Fells Point section of Baltimore on March 2, 2015.
Steve Ruark—AP
By Maya Rhodan

Maryland Sen. Barbara Mikulski took the stage at the EMILY’s List 30th anniversary gala to a raucous applause on Tuesday, one day after announcing she would not seek re-election after her current term ends in two years.

The firebrand Democrat, the longest-serving woman in Senate history, said while she’s ready to “turn the page,” she’s not quite throwing in the towel: “I’m not ready to write my last chapter.”

“I want to give it all I’ve got to elect more women to the United States Senate… and a woman to the White House,” she said, before a not-so-veiled nod to presumptive Democratic candidate Hillary Clinton. “In 2016, we will elect that Democratic woman president and you know who I’m talking about.”

Mikulski was the first Democratic woman elected to the Senate in 1986, after about a decade in the House, with the support of EMILY’s List. The organization, which was in its early stages at the time, has helped elect pro-choice Democratic women to public office. Calls for paycheck fairness, raising the minimum wage and tax breaks for the middle class were intertwined with others for electing and supporting women in politics.

When they say, “she doesn’t look the part,” Mikulski said, “Tell them, this is what the part looks like.” 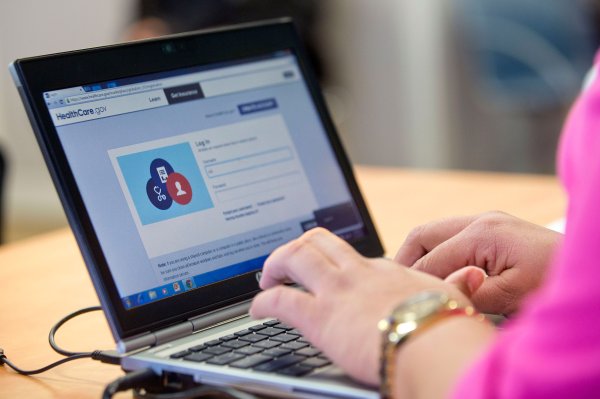 Obamacare Heads Back to Court
Next Up: Editor's Pick